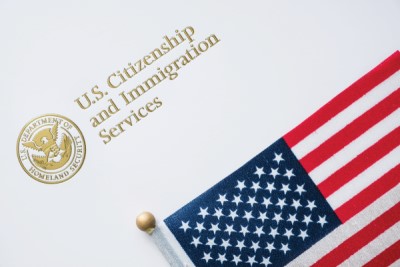 The House of Representatives passed the Senate’s $2 trillion stimulus package in late March, which President Trump quickly signed. The bill was the product of a marathon three-way negotiation between Senate Majority Leader Mitch McConnell (R-Ky.), Minority Leader Chuck Schumer (D-N.Y.), and Treasury Secretary Steven Mnuchin, resulting in a 880-page bill meant to bolster the American economy as it grapples with the fallout from the COVID-19 pandemic.

Multiple versions of text arose throughout the week, and the Democrat-controlled House of Representatives even introduced its own 1,000+ page bill that included numerous immigration-related poison pills, but not an amnesty as some lawmakers were requesting. Alarmingly, House Speaker Nancy Pelosi’s (D-Calif.) bill included $1 billion in potential grant funding for sanctuary cities, restrictions on U.S. Customs and Border Protection (CBP) and Immigration and Customs Enforcement (ICE) unrelated to the virus, and automatic work reauthorizations for all aliens whose work permits or visas expire, including reauthorizations for DACA status. This bill was not a serious attempt at legislation but rather served as a messaging bill to influence the Senate’s legislation. Minority Leader Schumer and Minority Whip Dick Durbin (D-Ill.) fought to include some of the House’s language in the final Senate bill. FAIR’s government relations team helped make sure that this did not happen.

McConnell and other senior GOP senators kept the worst of the House’s immigration proposals out of this bill. There are no restrictions on CBP or ICE, and nonresident aliens are not eligible for any economic stimulus items, such as the $1,200 personal checks to individual Americans. That said, there are a few immigration-related provisions that made it into the final bill passed by Congress. First, the bill gives $350 million to the State Department for migration and refugee assistance, but not resettlement. The Trump administration’s refugee ceiling is already the lowest in recent history, and the administration suspended asylum processing to contain the virus. The bill gives $850 million in additional funding to the Justice Department for state and local law enforcement assistance. While this inclusion is disappointing, it applies only to this supplemental funding and does not affect or alter any existing statutes. It is also entirely possible that the Justice Department will de facto choose to not award grants from this supplementary funding to sanctuary cities.

Despite these very minor funding-related shortcomings, the $2 trillion, 800+ page stimulus bill is free of significant immigration poison pills. This is a huge victory for advocates of immigration reform. Too often, massive packages like this contain clauses and provisions that further degrade border security efforts and expand immigration levels. This bill does neither of those things and successfully addresses the task at hand – stimulating our economy and helping American citizens in need.

FAIR worked with multiple congressional offices, the White House, and media personalities to highlight the importance of keeping big immigration out of this must-pass stimulus package. Our efforts stopped this bill from including amnesty, direct payments to illegal aliens, and automatic visa extensions — all efforts supported by Democrats in control of an entire chamber.

In early March, the acting secretary of the Department of Homeland Security (DHS) announced that he was using his authority to issue 35,000 additional H-2B visas above the statutory cap of 66,000. On April 2, facing intense pushback from FAIR in public and behind the scenes, DHS announced that it was suspending this action due to the economic fallout from the COVID-19 pandemic.

With millions of American workers getting laid off every week, this is not the time to import foreign guest workers to work in H-2B industries. DHS is starting to understand this an took the right action to avoid hurting American workers further. FAIR continues to advocate for a complete moratorium on all guest worker admissions during this crisis, in order to give Americans a fighting chance at meaningful employment during these troubling economic times.