Concerns that President-elect Biden will pursue a radical immigration agenda after taking office were heightened in November when he tapped Alejandro Mayorkas to serve as Secretary of the Department of Homeland Security (DHS). The nation’s immigration enforcement agencies – Customs and Border Patrol (CBP) and Immigration and Customs Enforcement (ICE) – as well as the U.S. Citizenship and Immigration Services (USCIS), all fall under the auspices of DHS. 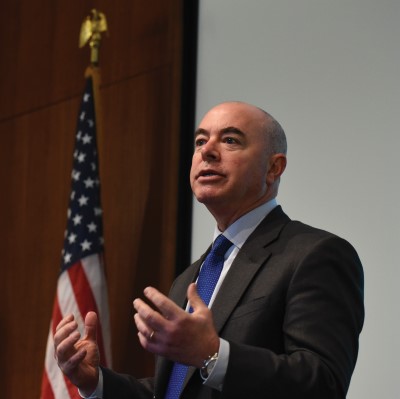 Mayorkas has a long history on immigration policy matters, including serving in the Obama administration as the director of USCIS, and even as U.S. Attorney for California under President Bill Clinton. Most crucially, as an advisor to former President Obama, Mayorkas was the architect of the de facto amnesty program implemented in 2012, known as Deferred Action for Childhood Arrivals (DACA), under which some 700,000 illegal aliens (many well into adulthood) have been granted exemption from removal and work authorization in direct contradiction to federal statutes.

President Trump sought to end DACA, but his efforts were stymied by numerous legal challenges, some of which are still pending in the courts even as he prepares to leave office. President-elect Biden has indicated that he will move to fully restore DACA once he takes office, and it is likely that Mayorkas will be tasked with spearheading this effort as well as others aimed at protecting people who are in the country illegally.

More concerning is that Mayorkas will lead the effort to undo many Trump-era policies that have at least partially stemmed the flood of migrants entering the country illegally. In accepting his nomination to head DHS, Mayorkas announced his intention to “advance our proud history as a country of welcome” – a high-minded declaration, but one, based on Mayorkas’ history, that is likely to extend to welcoming millions of people who violate our immigration laws. High on his agenda is likely to be the actual or de facto canceling of Trump agreements with Mexico and Central American governments that were essential to stanching the surges of migrants entering the United States by making specious claims for political asylum.

Mayorkas brought his “by any means necessary” philosophy to his job as director of USCIS under Obama in what came to be known as a “get to yes” policy. During his tenure heading the agency in charge of granting immigration benefits, Mayorkas bent, or outright ignored, countless rules and laws expressly designed to exclude people who did not qualify for a variety of reasons, including fraud. While at the helm of USCIS, Mayorkas urged and even pressured public servants to ignore flagrant evidence of fraud and award immigration benefits. Career USCIS officers who tried to do their jobs conscientiously and resisted getting to yes when yes was not the appropriate answer, found their career paths within the agency blocked.

Mayorkas was also the subject of DHS’s internal watchdog, the Office of the Inspector General (OIG), for his role in promoting the issuance of EB-5 visas to foreign investors. While serving as USCIS director, Mayorkas personally intervened to secure visas for foreign investors (mostly Chinese nationals) with close ties to prominent Democrats. The OIG report cited numerous complaints from USCIS officers claiming that Mayorkas was providing “special access and special favors” to well-connected applicants. The report concluded that Mayorkas had “exerted improper influence in the normal processing and adjudication,” and had “intervened with the career USCIS staff in ways that clearly benefited the stakeholders.”

Given that, if confirmed, Mayorkas will be presiding over the federal agency tasked with border control during a pandemic, combatting increasingly brazen attempts by the Chinese government to use the U.S. visa process to infiltrate people for purposes of espionage, and a recent uptick in radical Islamist terrorism in Europe, his choice as DHS secretary is troubling to say the least. It is likely that all of these concerns (and others) will be raised at his confirmation hearings, especially if Republicans maintain control of the Senate.