President-elect Joe Biden may have eked out a narrow victory in November over Donald Trump, but exit polling conducted by Zogby Analytics on behalf of FAIR, makes it clear that voters did not give him a mandate to enact the radical immigration policies that were part of the Democratic platform. In both a nationwide poll of voters and separate polls in six battleground states, the Zogby poll found that voters strongly favor continued border restrictions and tight limits on admission of foreign guest workers during the ongoing health and economic crisis. The poll also reveals that majorities of all voters – Democrats, Republicans and Independents – believe that longerterm, overall levels of immigration should be reduced to prevent excessive U.S. population growth. 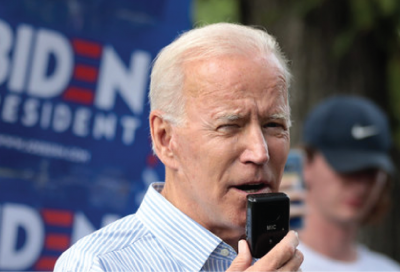 The national poll found that a super majority of Republicans, 76 percent, along with a majority of both Democrats and Independents support long-term reductions in immigration, the key factor that fuels population growth and limits economic opportunities for Americans. This sentiment was echoed strongly by both White and Hispanic voters, as well as working age Americans ranging in ages from 18 to 69.

Not only didn’t Hispanic voters embrace Biden’s radical immigration stances, but they seem to have hurt him among voters who live in high immigration impact areas. According to other polling data President Donald Trump captured a third of Hispanic votes nationwide – vastly outperforming John McCain and Mitt Romney who favored amnesty for illegal aliens – but in the key states where the impact of mass immigration is felt heavily, Florida and Texas, he garnered 47 percent and 40 percent of Hispanic votes. 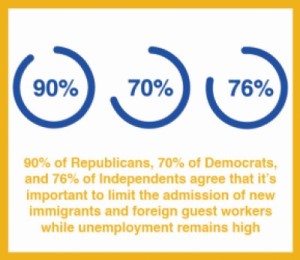 In the Zogby polling, the COVID health and economic crises weighed heavily on voters’ minds. By large majorities, voters believe that addressing these issues should include limits on immigration. A super majority of all voters – nearly 83 percent – agree that cross-border traffic and the admission of international travelers is key to slowing the spread of COVID-19. This sentiment was echoed by Americans of all political leanings and all ethnic groups.

The issue of jobs is clearly on the minds of the American public, with strong majorities of Independents, Democrats and Republicans supporting the limiting of admissions of new immigrants and guestworkers while COVID-19 related unemployment remains high.

Majorities of Blacks, Whites and Hispanics, along with Americans of all political stripes, support continuing to limit immigration and foreign guestworkers in order to protect American jobs after the COVID-19 crisis ends. So long as unemployment remains high, 76 percent of voters agreed that “it’s important to limit the admission of new immigrants and foreign guestworkers.” That opinion was shared by 90 percent of Republicans, 70 percent of Democrats and 76 percent of Independents, as well as upwards of 70 percent of black and Hispanic voters. 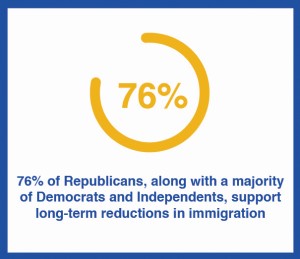 The views of the radical wing of the Democratic Party that seem to have pushed Biden to adopt their agenda on immigration, are wildly out of step with the American electorate. Voters turned to Biden in the hope that he will address the national health crisis and the resulting economic and unemployment crises. According to the polling conducted on behalf of FAIR, it is clear that the vast majority of American voters believe that implementing a radical immigration agenda will severely hinder the new administration’s ability to address the country’s most pressing issues.