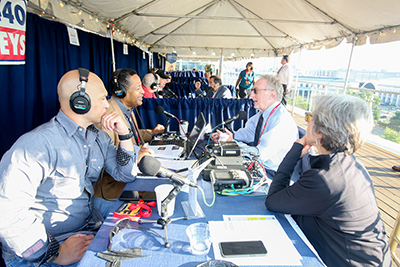 For the 15th year, FAIR hosted a two-day talk radio event in Washington, D.C., focusing on immigration policy and how we can extricate ourselves from the disastrous policies being carried out by the Biden administration. Hold Their Feet to the Fire (F2F) 2022 featured 66 national and local talk radio hosts blanketing the nation’s radio airwaves from Hawaii to Cape Cod, and Seattle to Miami.

Over the course of two days, Sept. 21 and 22, hundreds of policy experts, sheriffs, active immigration enforcement officers, border residents, crime victims, members of Congress, and former high level government officials gathered at a rooftop radio row on Capitol Hill to discuss every aspect of immigration policy. Fittingly, the event took place atop a building that houses the Washington bureaus of many leading news organizations, most of which refused to report honestly about what is occurring at our borders and the impact that the Biden Border Crisis is having on people and communities all across the country. 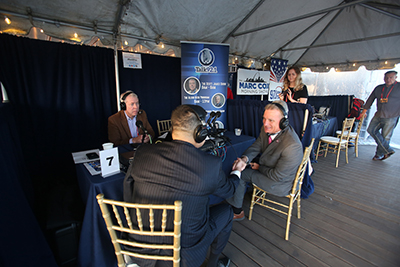 FAIR has been hosting F2F events for 15 years because they have proven enormously successful in educating the American public about immigration policy and influencing the decisions of policymakers. The first F2F event took place in 2007 and was credited as having played a critical role in the defeat of a bipartisan illegal alien amnesty bill before Congress. Given the rogue immigration policies of the Biden administration, the stakes were perhaps even higher this year as Americans were preparing to go to the polls in a crucial midterm election.

Each year, the F2F event is the product of countless hours of work by FAIR staff and a credit to our members and donors who support our efforts and make it possible.