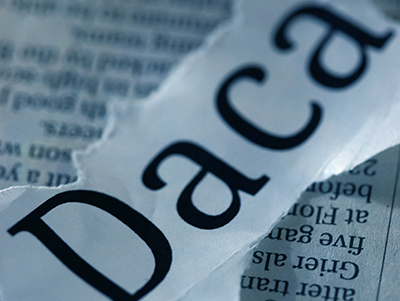 In a major victory for those who support the rule of law in immigration policy, the Fifth Circuit Court of Appeals upheld a lower court’s ruling that former President Barack Obama’s Deferred Action for Childhood Arrivals (DACA) program is unlawful. Under DACA, illegal aliens who arrived in the United States as minor, and who were under the age of 31 when the program was established in 2012, would be exempted from removal and would be granted authority to work in the United States. Federal law, however, clearly states that all persons illegally present in the United States are subject to removal and are prohibited from being employed.

The ruling was issued in response to a lawsuit brought by nine states, led by Texas, challenging the legality of DACA. The other states that were party to the lawsuit are Alabama, Arkansas, Kansas, Louisiana, Mississippi, Nebraska, South Carolina and West Virginia. FAIR and its legal arm, the Immigration Reform Law Institute (IRLI) filed an amicus brief in support of the states initiated lawsuit.

Federal District Court Judge Andrew Hanen’s July 2021 ruling sided with the plaintiffs and found that President Obama did not have legal authority to create DACA and barred the Department of Homeland Security (DHS) from enrolling new applicants. However, his ruling allowed some 600,000 DACA beneficiaries to maintain that status pending further review by the courts.

The three judge panel of the Fifth Circuit – one step below the Supreme Court – agreed that the establishment of DACA was “an unreasonable interpretation of the INA” (Immigration and Nationality Act). The panel rejected DHS’s argument that “the DACA memorandum is an inherent exercise in prosecutorial discretion.” The Fifth Circuit agreed with Judge Hanen that, while “prosecutorial discretion is broad, it is not ‘unfettered,’” and that exempting broad classes of illegal aliens from removal was beyond the authority of the president. The judges further noted that Congress has, for the past 22 years, “declined to enact the [DREAM Act], features of which closely resemble DACA.”

Additionally, the Fifth Circuit agreed with the lower court that the Obama administration did not follow proper administrative procedures in establishing DACA. Before the case was decided, the Biden administration issued another rule essentially duplicating DACA, and this time it went through the notice and comment process. Lacking the administrative record for that rule, the court sent the case back down to the district court to determine whether this new, duplicate DACA is also contrary to law.

The case seems destined to wind up before the U.S. Supreme Court, which will likely determine the constitutionality of DACA. A more ideologically divided Supreme Court (in a 4-4 decision after the death of Justice Antonin Scalia in 2016) let stand a lower court ruling blocking subsequent Obama administration efforts to protect entire classes of illegal aliens from taking effect. Given the current make-up of the Court, there is a strong probability that DACA will be struck down in a precedent setting ruling.