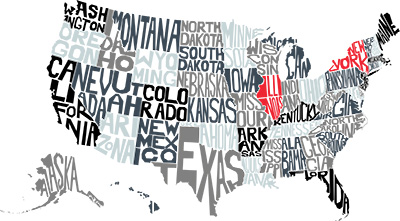 Illinois
If you are an illegal alien with a family of four earning less than $69,375, Chicago is the place to be. Under a policy adopted by Cook County, residents, regardless of immigration status, will be eligible for $500 a month in cash assistance for two years under the Promise Guaranteed Income Pilot program. According the program’s website, “This pilot is open to all residents of Cook County, regardless of your immigration status. This means that if you are undocumented, or your household is a mixed-status household, and you meet the eligibility criteria above, you are eligible to participate.” Further encouraging illegal aliens to come forward and claim the cash, the country states, “We will not share information on immigration status with Immigration and Customs Enforcement (ICE) or with the United States Citizenship and Immigration Services.”

Meanwhile, the City Council Latino Caucus is calling on Chicago Mayor Lori Lightfoot to declare a state of emergency over the migrants being bused to Chicago from Texas. As of mid-October, 2,991 such migrants had arrived in the Windy City. In September, Illinois Gov. JB Pritzker issued his own disaster proclamation and deployed 75 members of the Illinois National Guard to help deal with migrants arriving in Chicago from Texas. How state, county and city officials think rewarding illegal aliens with $500 a month checks will help alleviate the “emergency” or “disaster” they are dealing with remains a mystery.

New York
When it comes to logical inconsistency and profligate use of public resources, New York City refuses to play second banana to the Second City. Shortly after declaring a “state of emergency” over the influx of migrants (the ones being bused there by Texas Gov. Greg Abbott, not the ones flown there in the dead of night by the Biden administration) that Mayor Eric Adams estimates will cost the city about $1 billion a year, Hizzoner announced plans to provide migrants with luxury accommodations. Under the mayor’s plan, illegal migrants will take up residence in $400 a night rooms in the NYC Row Hotel in Times Square. The families, of course, will enroll their kids in the local public school, which is already reeling under the sudden influx of children who speak no English. Mayor Adams also considered leasing a Norwegian Cruise Line ship, docked in Staten Island, to house migrants, but that deal reportedly fell through.

Meanwhile in Albany, state legislators are planning to reintroduce a bill in the upcoming session that would provide illegal aliens with publicly funded legal representation to fight their removal from the United States. Immigration violations are considered civil matters and there is no constitutional guarantee of free legal counsel for those facing deportation. The proposal also comes at a time when the state is facing a projected $310 budget deficit in FY 2023 that is expected to balloon to $6.2 billion by FY 2026.

District of Columbia
Like Mayors Lightfoot and Adams, Washington, D.C., Mayor Muriel Bowser is also irked by border state governors who are busing migrants to the nation’s capital. Mayor Bowser has gone so far as to demand that the Pentagon deploy National Guard troops to help her beleaguered city cope with what she describes as a migrant crisis. None of that has deterred the D.C. City Council from advancing a bill that would grant foreign nationals, including illegal aliens, the right to vote in local elections. The bill, introduced by Councilmember Brianne Nadeau and cosponsored by six other councilmembers, originally expanded the eligibility to vote only to legal permanent residents (“green card” holders). However, when the bill was voted out of the council’s Committee on Judiciary and Public Safety on September 27, it had been amended to allow anyone, regardless of immigration status, to be eligible to vote for D.C. local offices and ballot questions if they’re over 18 and have lived in the District for more than 30 days. The mayor has not yet indicated if she would sign the bill that would turn the people she claims her city cannot cope with into voters.