Foreign-Born Workers in the United States

According to the latest figures from the Bureau of Labor Statistics (BLS), in 2018, there were 28.2 million foreign-born individuals legally working in the U.S. labor force, which is 17.4 percent of the total workforce. The actual number of foreign-born workers likely is higher as this data does not include either persons illegally employed or illegal immigrants who have been granted temporary protection under the Deferred Action for Childhood Arrivals (DACA) or Temporary Permanent Status (TPS) programs.

The share of the labor force which is foreign-born has continued to increase over the decades. For example, in 2000, foreign nationals made up 13.3 percent of the labor force, compared to 17.4 percent in 2018. With a robust economy, the trend is unlikely to reverse course in coming years.

The U.S. is home to a diversity of industries, so it is no surprise that the types of work visas are varied and numerous. The several options available to foreign nationals to gain employment in the U.S. include green cards (for permanent residency), temporary work visas, seasonal work visas, and exchange worker visas. Several of the most popular visa categories are detailed below.

According to U.S. Citizenship and Immigration Services (USCIS), each fiscal year about 140,000 visas are available for aliens (and their spouses and children) to come to the U.S. for the purposes of work. There are five separate employment-based (EB) visa categories offered to those who have particular skills. They are ranked in terms of “preference” and include:

H-2B Temporary Non-Agricultural Visas: These visas are open to workers in non-agricultural fields, provided there is an insufficient number of domestic laborers to fill the position. These visas are given to those working in jobs like ski resorts, hotels, beach resorts, amusement parks, or other service-related industries. The number of visas is currently capped at 66,000 annually.

The maximum period of stay in H-2B classification is 3 years. While someone with H-2B nonimmigrant status for a total of 3 years must leave the country, they can seek readmission as long as they remain outside the United States for an uninterrupted period of 3 months.

H-2A Temporary Agricultural Workers: This visa is available to those seeking work that is of a temporary or seasonal nature, as long as an employer can demonstrate that there are not enough U.S. workers who are able, willing, qualified, and available to do the temporary work. There also must be some evidence provided that hiring H-2A workers will not adversely affect the wages and working conditions of similarly employed U.S. workers.

While an H-2A worker’s spouse and unmarried children under 21 years of age may seek admission in H-4 nonimmigrant classification, those family members are not eligible to work while on H-4 status. Like the H-2B visa, the maximum period of stay is three years.

The Optional Practical Training (OPT) program is operated by the Department of Homeland Security (DHS) that grants work authorization to foreign nationals who are full-time students at American colleges or universities.

Unlike the H-1B program, the OPT program does not require applicants to be sponsored by an employer, and it does not set a cap on the number of people who can participate. They are permitted to work in the U.S. for up to 12 months after graduation, but it can be extended to a maximum of 36 months for those with a degree in a science, technology, engineering or math (STEM) field.

Many of the companies who employ these foreign students also heavily utilize the H-1B program, including Amazon, Google, and Intel. 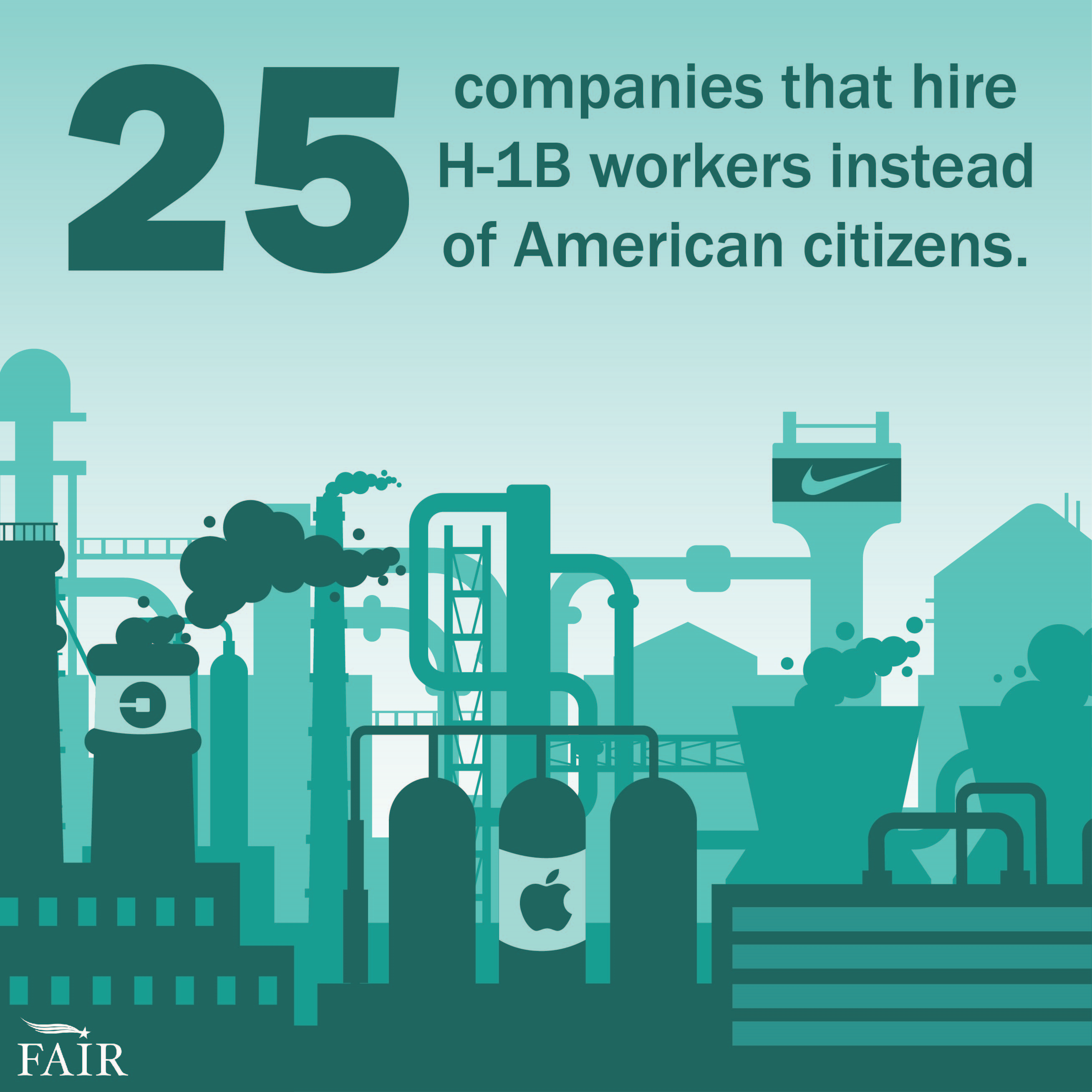 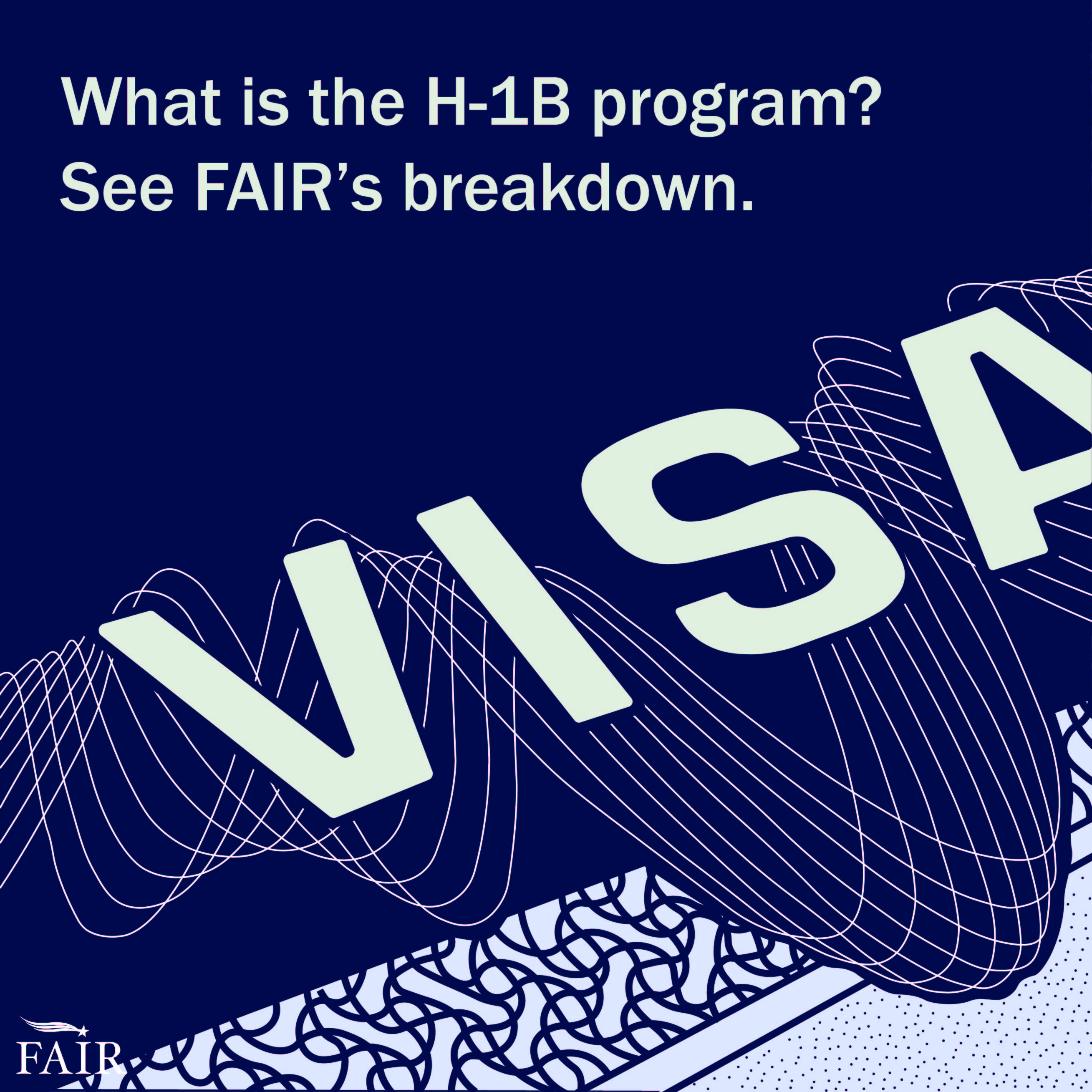 “For decades abuse and fraud have plagued the H-1B visa program.”