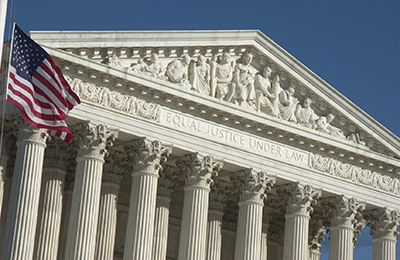 In a narrow 5-4 ruling, the U.S. Supreme Court ruled in 1982 that illegal alien children were entitled to a free taxpayer-funded K-12 education. The decision was rendered in response to a challenge by the city of Tyler, Texas, which argued that local communities should be compelled to fund education for illegal residents.

In its ruling, known as Plyler v. Doe, the five-judge majority asserted a condition to the decision to require free K-12 education regardless of immigration status. In the opinion of the Justices, the impact of illegal immigration on Tyler at the time did not constitute a significant burden on the community and that it had to be weighed against the harm of having children who could potentially not be in school.

In May, Texas Governor Greg Abbott raised the possibility of a new challenge to the Plyler decision. Clearly, in the 40 years since the Supreme Court issued its ruling, providing taxpayer-funded K-12 education to illegal aliens represents not just a “significant burden,” but an onerous one to many school districts. And, given that Gov. Abbott’s state is on the front lines of the Biden Border Crisis, the burden to communities in Texas becomes more significant with each passing day.

FAIR has long taken the position that Plyler was a bad decision and should be overturned. Over the years, FAIR has supported efforts to challenge the decision, including California’s successful 1994 voter referendum, Proposition 187, and a 2011 Alabama Law, known as H.B. 56. In both cases, advocates for illegal immigration found lower courts that blocked implementation of those laws, while state and local officials failed to appeal those rulings.

As illegal immigration continues to worsen and the costs to taxpayers mount, FAIR would support a new effort to challenge Plyler. The significant and growing burden of funding K-12 education for children in the country illegally is having a harmful effect on other children in many communities. Overburdened schools are forced to divert resources to the special educational needs of illegal alien kids, which harms the most vulnerable American students. Additionally, some families are forced to resort to expensive private schools to ensure that their kids are properly educated.

No formal action has been taken by Gov. Abbott, but revisiting the Plyler decision in light of current circumstances is certainly warranted.