The U.S. Immigration and Customs Enforcement (ICE) was established by an act of Congress to, among other functions, enforce immigration laws in the interior of the United States. While it is the job of U.S. Customs and Border Protection (CBP) to prevent people from the entering the country illegally (a job that numerous Biden administration policies have made nearly impossible), ICE is tasked with finding and removing people who are living in the United States illegally. Both agencies are part of the Department of Homeland Security (DHS). 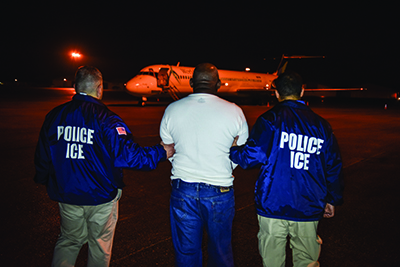 On September 30, Mayorkas issued his “Guidelines for the Enforcement of Civil Immigration Law” memo. Under the guise of “setting priorities,” the memo protects virtually all of the estimated 15 million illegal aliens living in the U.S. from enforcement, and bars ICE agents from targeting them for removal – even though the law clearly establishes that anyone who is living in the country illegally is subject to deportation. 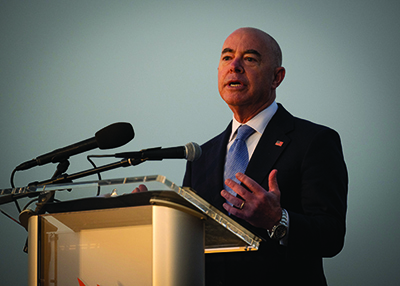 Mayorkas’ memo provides only three categories of illegal aliens who will be subject to removal. The first are threats to national security, which include those suspected of terrorism and espionage. The second category addresses threats to public safety, notably violent criminals. But even this category includes significant exceptions. If these violent criminals are of “advanced or tender age,” have lived in the United States for a “lengthy” period of time, have a mental illness that led to their criminal conduct, or whose removal would leave dependents behind, they are off limits to enforcement.

The third category are illegal aliens who entered the country after November 1, 2020, i.e. 11 months prior to the day the policy memo was issued. But even the threat of removal for this cohort of recent arrivals is not very serious. It relatively easy for illegal aliens to produce fraudulent documents, such as rent receipts, that “prove” they were in the country prior to Mayorkas’ arbitrary cut-off date.

But Mayorkas wasn’t done yet. Two weeks later, on October 12, the secretary issued a second memo, “Worksite Enforcement: The Strategy to Protect the American Labor Market, the Conditions of the American Worksite, and the Dignity of the Individual.” This blatantly mislabeled memo informs employers all across the country that they no longer need to abide by the federal law that prohibits them from knowingly hiring illegal aliens. That 1986 law (which accompanied an amnesty for some 3 million illegal aliens), was voted for by then-Senator Joe Biden, with expressed intent of eliminating the magnet of jobs that draws illegal aliens to the United States.

The memo constrains ICE from conducting worksite enforcement operations, except against employers who are suspected of being engaged in “abusive and exploitative labor practices” – a vague term that will almost surely be enforced as leniently as possible. Worksite enforcement was used effectively by the Trump administration to deter employers from bypassing American workers and hiring lower-wage illegal aliens. Worksites were also places where ICE could effectively deploy its resources and arrest numerous illegal aliens at one time.