The Taliban takeover of Afghanistan poses a direct threat to the security of the United States and American citizens, top Pentagon officials warned in the hours after the terrorist group took control of Kabul. Secretary of Defense Lloyd Austin cautioned that the country could once again become a base not just for Taliban fighters, but for other Islamist terror groups including ISIS and al-Qaeda. Moreover, as early as April, CIA Director William Burns told members of Congress, “When the time comes for the U.S. military to withdraw, the U.S. government’s ability to collect and act on threats will diminish. That is simply a fact” – an assessment that directly contradicts President Joe Biden’s repeated assertion that we have “over the horizon” capabilities to track and monitor the activities of these groups.

It did not take long for these warnings to be borne out, as an ISIS offshoot launched suicide bombing attacks at Kabul’s airport, killing 13 U.S. service people and scores of Afghans hoping to flee. Days later, an ISIS-inspired attack was carried out at a shopping center in New Zealand, killing six people. 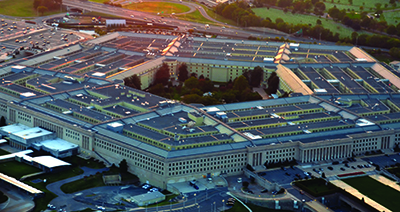 These new realities compound the already dangerous situation the Biden administration has created along our southern border. In addition to more than 100,000 unvetted Afghan migrants who were airlifted out of Kabul in the chaotic weeks before the U.S. withdrew, hundreds of thousands more are expected to flee overland in the coming months. It is a virtual certainty that Islamist terrorists will be among the hordes of people attempting to reach Europe and North America.

As migrants from all across the globe have streamed into our neighbors to the south and joined the massive flow of migrants heading for the U.S. southern border, we must expect that the newly emboldened terrorist groups will seize the opportunity to exploit our vulnerability.

In response to the enhanced national security threats issued by President Biden’s own top defense and intelligence officials, FAIR has called for immediate steps to secure our southern border.

Resume construction of the border wall. The Biden administration must reverse its freeze on border wall construction. Hundreds of miles of additional construction has already been paid for by U.S. taxpayers and must go back online. Border enforcement professionals are unanimous in agreement that the border wall is an effective tool to prevent illegal border crossings.

Reinstitute the Migrant Protection Protocols (MPP). After the MPP was implemented in 2019, the flow of migrants attempting to defraud our asylum process slowed dramatically. After President Biden canceled the Remain in Mexico policy in early 2021, the number of people crashing our border quickly grew to levels not seen in more than two decades. The Biden administration has already been ordered to reinstate the policy by a federal court. Reducing the flow of economic migrants will free up Border Patrol manpower and other resources to concentrate on interdicting people who pose a threat to U.S. security.

President Biden ignored dire warnings from top military and intelligence officials about that manner in which he was withdrawing from Afghanistan, with disastrous results. He must not ignore the assessments of those same officials about the enhanced threats to our national security. This time the people who will pay the price for his failure will not be half a world away. They will be right here at home.