A new report from the state of Texas, however, provides hard data. The Texas Department of Public Safety released ten years’ worth of data which shows that over the past decade, some 236,000 illegal aliens were booked into jails statewide, leading to 254,000 criminal convictions. These 236,000 criminal aliens were responsible for the commission of 577,000 serious crimes, meaning that more than half a million people were unnecessarily victimized. The convictions include: 585 homicides, 27,984 assaults, 3,646 sexual assaults, 36,284 drug offenses, to name just a few of the crimes committed by illegal aliens.

But even these numbers may not tell the whole story. They include only criminal aliens who have had a previous encounter with DHS that resulted in their fingerprints being saved in the Automated Biometric Identification System database. And, of course, they do not reflect unsolved crimes that may have been perpetrated by illegal aliens. 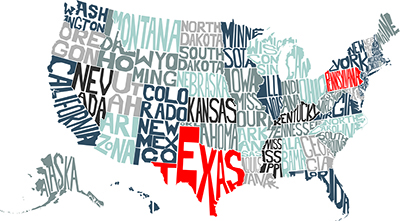 A memorial stands in the town of Shanksville, Pa., commemorating the spot where 40 passengers on United Flight 93 perished, when a group of them heroically prevented terrorists from using the plane to destroy the U.S. Capitol on September 11, 2001. The terrorists had boarded the flight using state-issued driver’s licenses. In response to a commission investigating the events of 9/11, Congress passed the REAL ID Act, which is intended to prevent people who are not legally present in the U.S. from obtaining state-issued IDs. But that has not prevented

numerous states from granting licenses to illegal aliens, albeit ones that are not valid for federal identification purposes such as boarding a commercial airliner. On the eve of the 20th anniversary of 9/11, the Republican controlled State House held hearings on a bill that would grant driver’s licenses to illegal aliens. The bill would not only grant illegal aliens driving privileges, it would bar the Pennsylvania Department of Transportation (PennDOT) from sharing information used to apply for IDs without a court order. If information is released, PennDOT would have to notify the license holder.