On September 29 and 30, FAIR held its 14th annual Hold Their Feet to the Fire (F2F) radio event in Washington, D.C. This year’s event, held on the rooftop deck of a Capitol Hill office building housing some of the nation’s leading news outlets, featured some 60 local and national talk hosts, dozens of members of Congress, former high ranking Department of 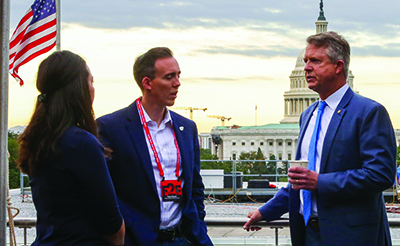 The backdrop to F2F 2021 was the multi-pronged disaster known as the Biden-Harris immigration agenda: Sustained record levels of illegal immigration; caravans of illegal migrants from all across the globe; deliberate sabotage of border and interior immigration enforcement; and an all-out effort by the White House and congressional Democrats to enact a sweeping illegal alien amnesty by subverting established rules of the U.S. Senate.

In other words, there was plenty to talk about. Adding to the importance of this year’s F2F event is the fact that most mainstream news media are refusing to report the full scope of the disastrous policies that the Biden-Harris administration has implemented since coming to power in January. And, to the extent that these important issues are covered, they are deliberately distorted by many media outlets, as was the case with the Border Patrol’s efforts to manage a caravan of some 17,000 Haitian migrants who crossed the border illegally in September. 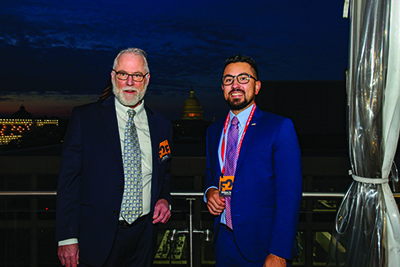 Over the course of the two-day event, the 59 talk hosts filled in the gaps left by other media outlets’ highly selective coverage of the Biden Border and Immigration Crisis, and correct outright disinformation. F2F 2021 blanketed the nation’s radio airwaves from 6:00 am until 9:00 pm 9on both days?), reaching listeners from the east coast to Hawaii. 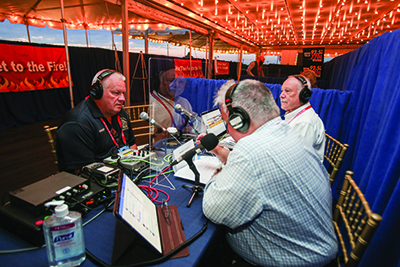 Among the important and timely issues covered over the two days were:

Radio listeners across the country heard directly from numerous members of Congress who oppose the president’s reckless policies about what steps can be taken to minimize the damage the Biden administration is inflicting on the American public. In addition, former high ranking DHS officials during the Trump administration spoke about the effective immigration enforcement policies they had put in place that the current administration has abandoned. Leaders of the union representing the nation’s Border Patrol agents reported directly to the American people regarding the horrific and dangerous conditions at the border and the administration’s deliberate efforts to prevent them from doing their jobs.

COVID restrictions prevented F2F from being the biggest such event to date, but with so much at stake, it was undoubtedly FAIR’s most important collaboration with talk radio.

Staging what has now become the biggest radio row event each year is a huge undertaking and could not happen without the efforts of everyone on FAIR’s staff. However, several members of FAIR’s staff must be singled out for special recognition for their roles

in putting together this successful event: Bob Dane, FAIR’s executive director, who spent many years working in the radio industry and has built strong ties with talk hosts and network executives; Matthew Tragesser, FAIR’s press secretary, who seamlessly coordinated dozens of vendors, site managers, and staffers to make F2F happen; Shari Rendall, FAIR’s Director of State and Local Affairs; and Susan Tully, Law Enforcement Relations Manager for recruiting many important and informative guests for the radio hosts to interview. 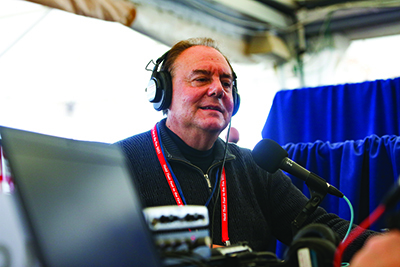 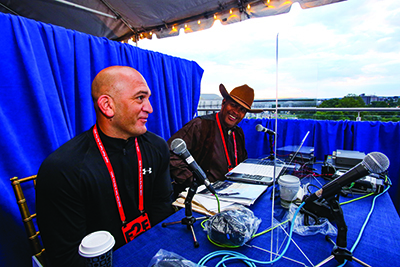 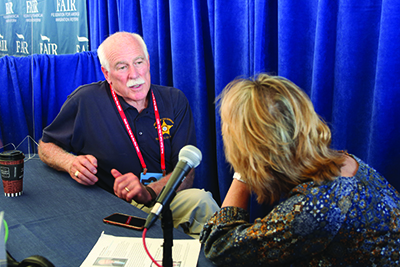 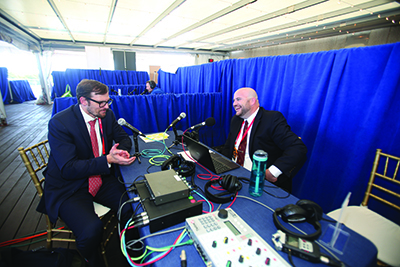 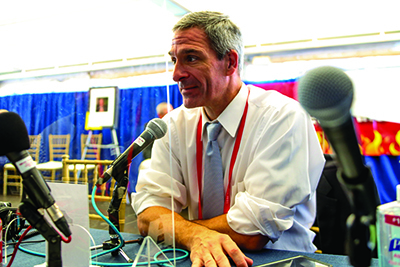 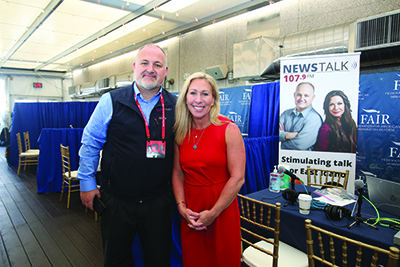