The utter incompetence and lack of credibility was painfully on display in the Biden administration’s tragically botched withdrawal from Afghanistan played out in August. In the immediate aftermath of that debacle, the president angrily told the nation that we need to put it behind us and move on. The administration is now moving on to to a $3.5 trillion budget

measure that misclassifies a host of Woke social policy priorities as “infrastructure.” Among these far left policy goals was a massive amnesty for as many as 10 million illegal aliens that President Biden and Senate Democratic leaders had hoped to enact with just 51 votes (the 51st of which would be cast by Vice President Kamala Harris) under a process known as budget reconciliation. Those hopes were dashed (at least for now) by the parliamentarian of the Senate, Elizabeth MacDonough, who properly ruled that amnesty for illegal aliens cannot be included in a budget bill. 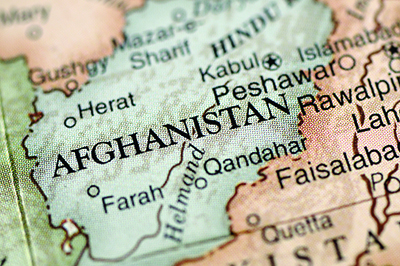 Prior to adjourning for the summer recess, the Senate approved a resolution outlining the contents of the still-unwritten budget bill. That outline made it clear that the final product would include a large illegal alien amnesty. Likewise, a unified House Democratic caucus gave the Senate budget resolution a thumbs up, while the far left wing of the party pressured Speaker Nancy Pelosi into holding up passage of a more “modest” $1.2 trillion infrastructure bill until the $3.5 trillion mega-bill is voted on.

All this occurred before the implosion of President Biden’s Afghanistan policy triggered, among many other negative repercussions, a massive and chaotic refugee and migrant crisis. In the final weeks leading up to President Biden’s self-imposed August 31 deadline for full withdrawal from Afghanistan, the United States managed to airlift some 120,000 people out of the Taliban-controlled country.

While the president repeatedly boasted about the sheer number of people airlifted out, it quickly became apparent that hundreds (if not thousands) of American citizens were left behind and that more than half of the Afghans who had worked closely with the United States over two decades, and who had been promised resettlement in this country, were also left behind and were being hunted by the Taliban. Thus, the bulk of those who were flown out are people about whom we know nothing about.

By early September, approximately 24,000 Afghanis had been brought to the U.S. Tens of thousands more were taken to U.S. military bases in the Middle East and Europe where overwhelmed officials from numerous government agencies are tasked with the near impossible job of vetting them. This herculean task (that directly affects U.S. national security)

is taking place against the backdrop of the Biden administration’s disastrous border and immigration policies. The Department of Homeland Security (DHS) projects that the agency is on track to apprehend about 2 million illegal border crossers this year – most of whom they are releasing into the country. Untold more have entered without detection.

Despite the unmanageable chaos and the clear dangers posed by admission of large numbers of people from a country now under the control of a terrorist organization, President Biden’s political coalition – open borders advocacy groups, refugee resettlement organizations (that get paid by the government for their services), and numerous congressional Democrats –

are pressuring him to expedite and expand the admission of Afghans. This coalition has called for increasing the cap on refugee resettlement to a minimum of 200,000 this year and urging the president to (ab)use his power to parole otherwise nonadmissible Afghan nationals into the United States, even if they have not been thoroughly vetted.

Even before the crisis triggered by President Biden’s disastrous withdrawal from Afghanistan, FAIR was vehemently opposed to the administration’s and the Democratic congressional leadership’s effort to enact a sweeping illegal alien amnesty by abusing

the budget reconciliation process. Since the president’s foreign policy disaster, FAIR has been working with members of Congress force the administration to end the immigration chaos it has created. This pressure will be ratcheted up in late September, at FAIR’s annual Hold Their Feet to the Fire radio row, where 65 local and national talk radio hosts will be broadcasting the message all across the country.