(Washington, D.C.) - May 11, 2015 marks 10 years since President George W. Bush signed the REAL ID Act into law. REAL ID was intended to carry out key recommendations of the 9/11 Commission, which revealed that our nation’s permissive system of issuing driver’s licenses was a glaring vulnerability that was exploited by the terrorists who attacked the World Trade Center and the Pentagon.

“Today, not only are less than half of states compliant, but a growing number of them have enacted legislation to put licenses in the hands of illegal aliens, a practice that is thoroughly antithetical to the 9/11 Commission recommendations,” said Dan Stein, president of the Federation for American Immigration Reform (FAIR). “From a national security standpoint, it is fair to say we are regressing, not progressing even as terrorist threats mount.”

The original date for implementation of the law was supposed to have been May 11, 2008.

Yet, 10 years later, REAL ID has still not been fully implemented, as numerous postponements and waivers have kept key provisions from taking effect. Among those are provisions designed to prevent illegal aliens from obtaining state-issued driver’s licenses and safeguards requiring that applicants for licenses and other documents prove their identity, birth date, legal status in the U.S., Social Security number and the address of their principal residence.

Today, only 23 of the 56 jurisdictions that issue licenses are REAL ID compliant. Twenty-seven states or U.S. territories are noncompliant; however, they are committed to becoming REAL ID compliant before the end of the year (see graphs below - click for larger version). 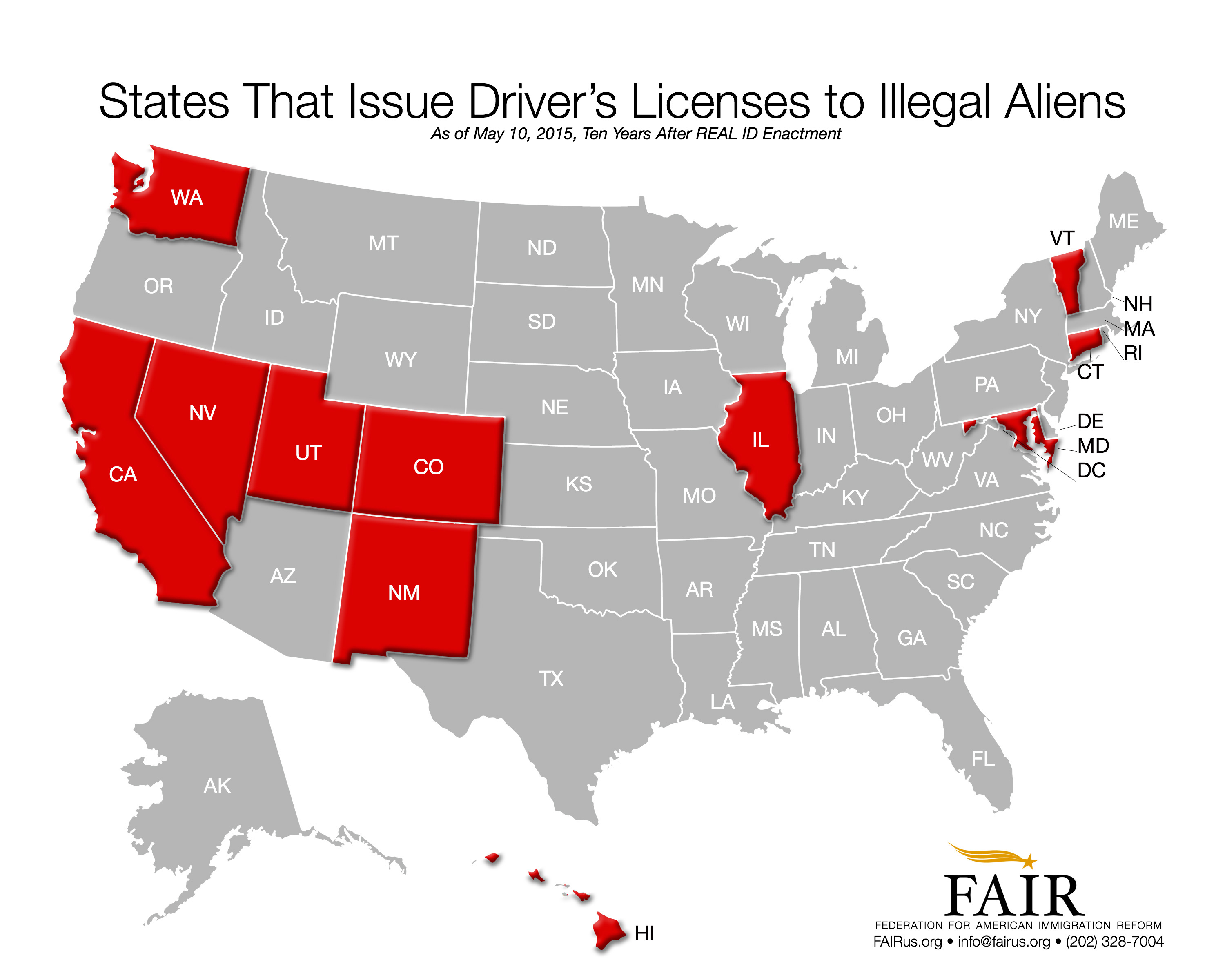 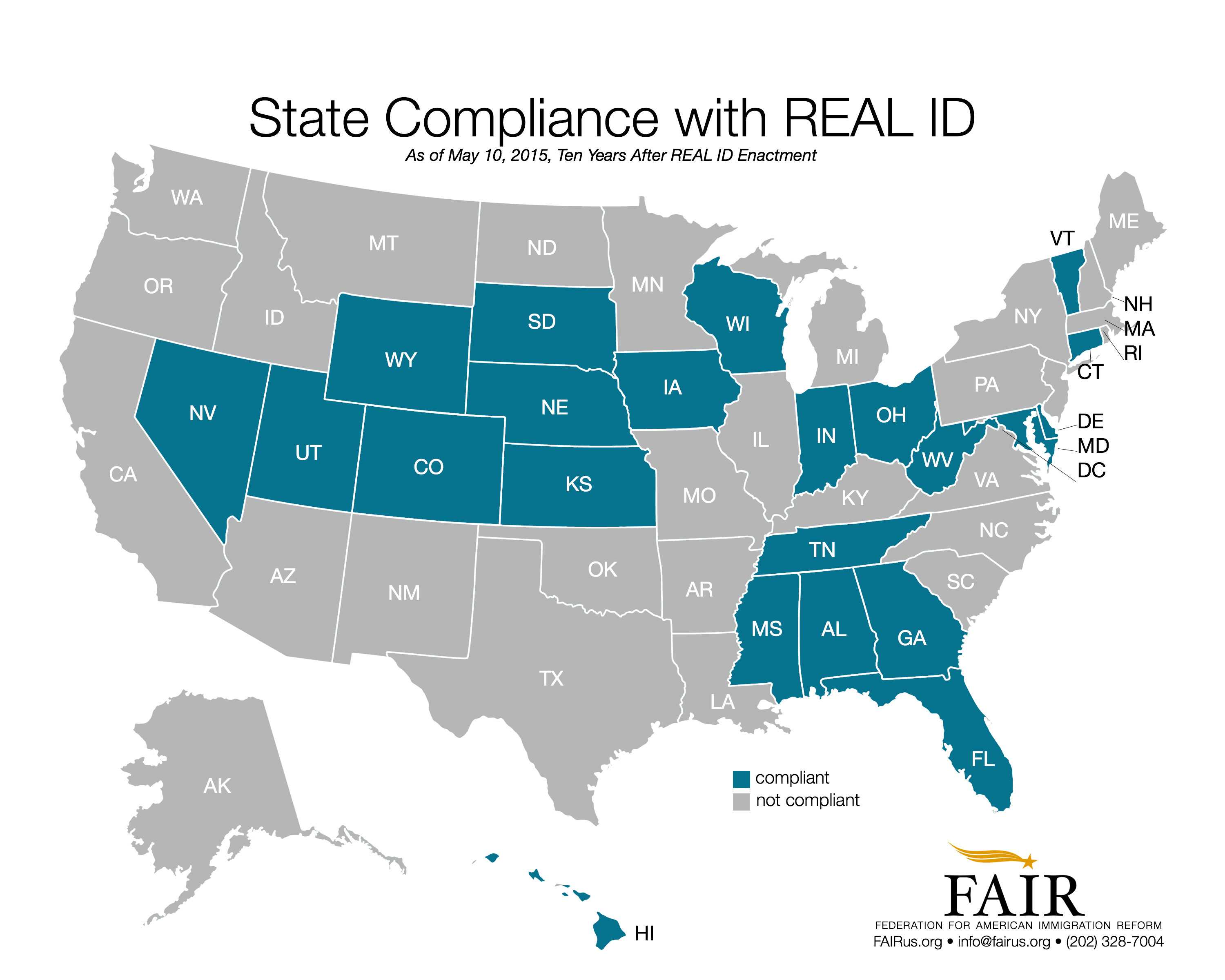 Marking this 10th anniversary of enactment of REAL ID, FAIR calls for:

“It is long past time for America to adapt 21st century technology to our vital identity documents. A decade after enactment of REAL ID, the American people are still waiting for their government to fulfill its promise to protect their security and their identities,” Stein concluded.

Immigrants permitted to work in U.S. could move one step closer to NYC voting rights https://t.co/hOVM5bIMwd via @NYDailyNews