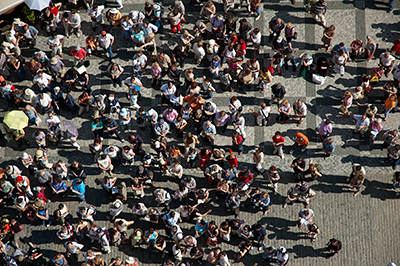 A new analysis by FAIR finds that during the first year of the Biden administration, the illegal alien population of the United States has increased by about 1 million, adding an additional $9.4 billion in costs to American taxpayers. The report’s findings were reported by major national and international news outlets, and cited by members of Congress.

In total, some 15.5 million illegal aliens now reside in the United States, while the costs of providing taxpayer-funded services and benefits to illegal aliens and their U.S.-born children now stands at $143.1 billion a year. These staggering increases in both the size of the illegal alien population and the cost to the American public are a direct result of policies put in place since President Biden took office, concludes the report. 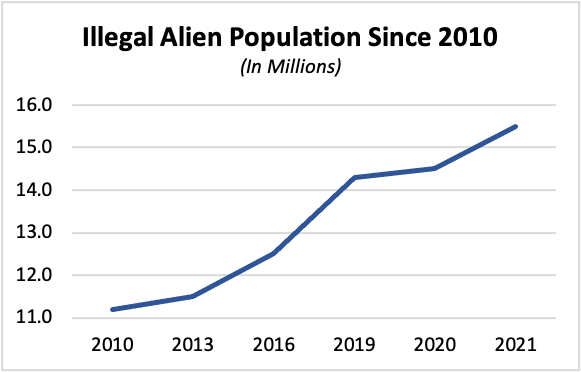 The report, 2021 Update: How Many Illegal Aliens Live in the United States?, reveals how a slew of policy changes both at the border and in the interior of the country propelled rapid surges in both the magnitude and the costs of illegal immigration. Specifically, upon taking office, the Biden administration canceled agreements with Mexico and governments in Central America, and terminated border wall construction. These policies were effectively deterring new illegal immigration before President Biden came to office, and allowed for the expedited return of most of those caught entering the country illegally.

Similarly, the administration abandoned nearly all immigration enforcement in the interior of the country, resulting in record low numbers of illegal aliens who were removed from the country. Under these policies, which directly defy federal laws, nearly all illegal aliens in the U.S. are off-limits to apprehension by Immigration and Customs Enforcement (ICE), which is also severely constrained in where they can arrest even the small segment of the illegal population still subject to removal. 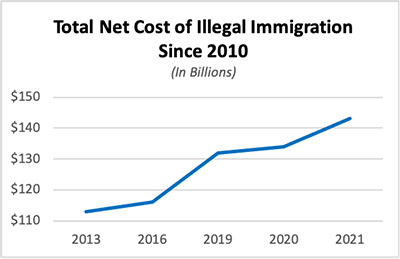 FAIR’s analysis is based on available Census Bureau data, and may not reflect the full extent of the illegal alien population growth under President Biden’s watch. Anecdotal evidence – including the number of migrants “encountered” by the Border Patrol and subsequently released into the country, and the estimated number of “got-aways” who eluded apprehension – may place the 2021 increase in the illegal alien population closer to 1.5 million.

The staggering increase in the illegal alien population in 2021 is on track to be eclipsed in 2022 as monthly encounters of illegal migrants soar to new records, and the Biden administration is set to cancel Title 42, a public health provision that has allowed Customs and Border Protection to return about half of all illegal entrants to Mexico.