Immigration Legislation in the States 2019-2020

Immigration legislation has been stymied on the federal level with the House in Democrat hands and the Senate controlled by Republicans (but unable to get the 60 votes needed to bring up any immigration bill). This has left President Donald Trump to enact Executive Orders to implement principled immigration policies that put American workers and taxpayers ahead of special interests.

President Trump’s policies have galvanized states into action either supporting or opposing his efforts.  The immigration issue remains a top priority in the states with the number of bills introduced continuing to increase.  California in particular has enacted more legislation than any other state, giving benefits to those in the country illegally.

Normally, in even years, the legislative session in many states is shorter because of state elections.  In 2020, many states adjourned or suspended their sessions even earlier because of the COVID-19 pandemic. Many bills that would have likely passed did not as legislators focused their attention on addressing issues arising from the COVID crisis.  This appears to have particularly hurt the chances of several anti-sanctuary bills that might otherwise have passed. 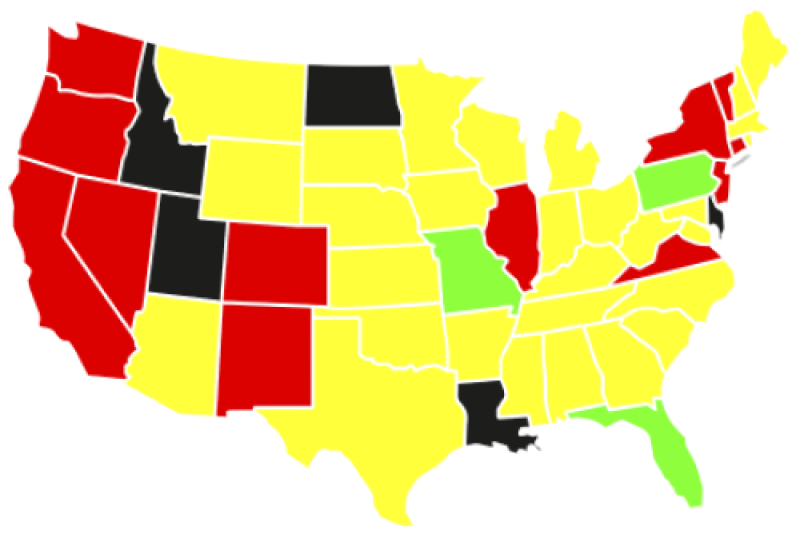 YELLOW - Enacted a mix of legislation, or introduced legislation and enacted nothing

Summary by the Number:

FAIR’s President Dan Stein debates whether immigration is an economic boom or bust on the McCuistion Show. Click th… https://t.co/8o8EBRuA1P