The Truth About Employment-Based Immigration Although big business likes to claim that our present high level of immigration is necessary for its survival and the robustness of our economy, the fact is that only a small fraction of today’s million plus new green cards issued annually go to highly-skilled workers.

Most Americans dismiss the idea that American know-how and ingenuity must be imported from abroad. A brief look at the facts about business-sponsored immigration backs them up. 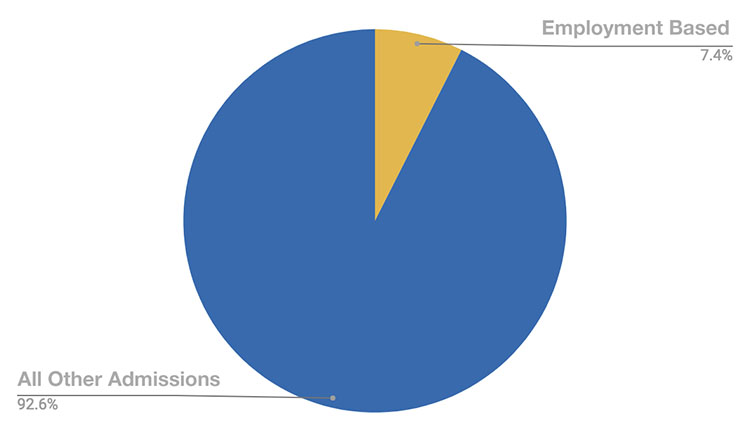 The bulk of immigrants are admitted because they have a relative here — nepotism, in effect. Only a small part of overall annual immigration comes through employment-based admissions (the people admitted as permanent immigrants for business purposes and at business’s demand). In fact, just 14.2 percent of immigrant admissions in 2010 resulted from employer sponsorship and about half of those admissions were accompanying the employer-sponsored family members. Just 7.4 percent of all admissions (77,575 persons) were sponsored employees.

Big business would have the public think that these 77,575 people were indispensable. But if you think that these principals are all scientists and engineers — the kinds of technological specialists that business claims it needs so much — you are wrong. In the “extraordinary ability” category, there were 4,309 new green cards issued. There were an additional 3,990 admitted in the “outstanding professors and researcher” category. In the “advanced degree” category an additional 26,131 green cards were issued. 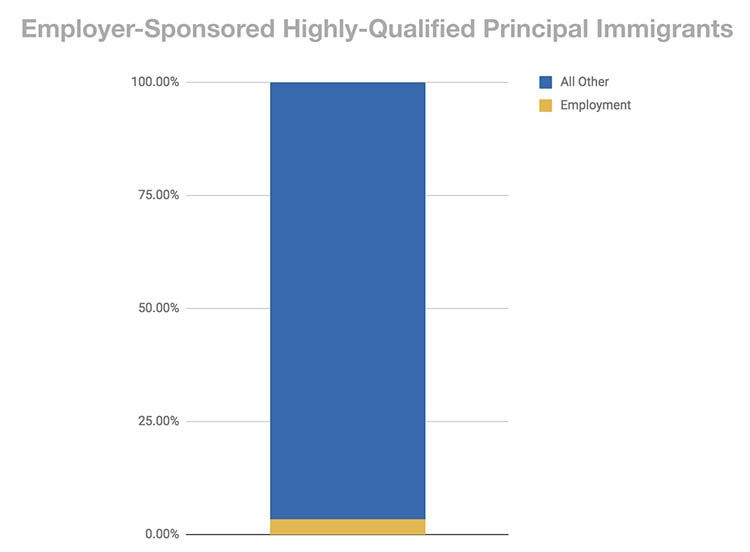 It is hard to believe that businesses couldn’t find those 34,430 professionals they were seeking in the United States among the 4.5 percent of college graduates unemployment in September 2010.