Since illegal aliens reside in the United States unlawfully, they are not eligible to receive certain federal benefits, including financial assistance to attend college. However, according to information from the National Conference of State Legislatures (NCSL) and the uLEAD (University Leaders for Educational Access and Diversity) Network, 18 states have passed laws allowing illegally-present foreign nationals to pay in-state tuition rates. In the map below, you can learn more about your state’s in-state tuition laws: 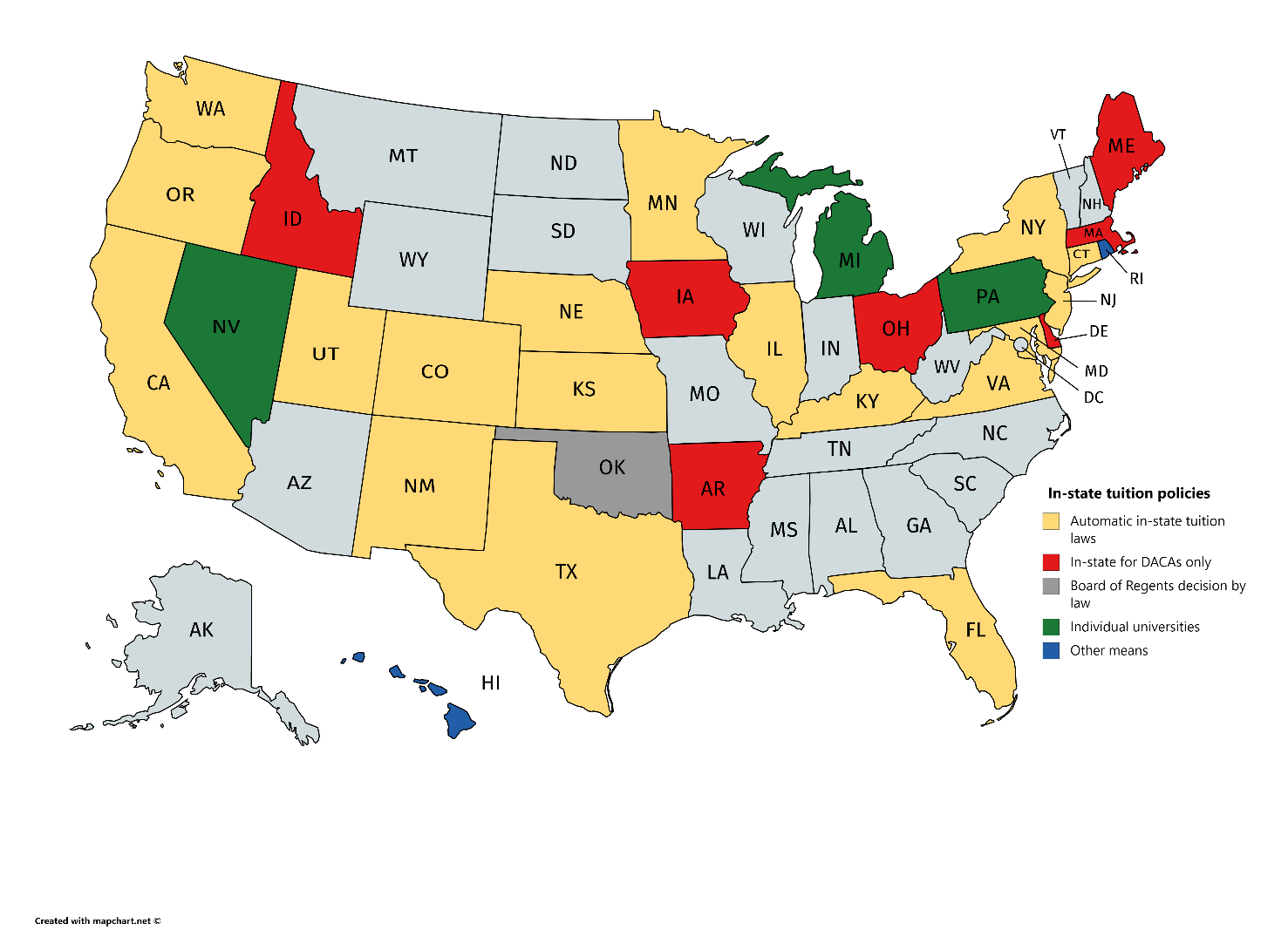 A handful of states either ban in-state tuition (Arizona, Georgia, and Indiana) or prohibit illegal aliens from enrolling in most publicly-funded state colleges (Alabama and South Carolina).

Granting illegal aliens in-state tuition rates is a violation of federal law. The Illegal Immigration Reform and Immigrant Responsibility Act (IIRIRA) of 1996 codified a federal statute (8 U.S. Code § 1623) that makes clear: “Notwithstanding any other provision of law, an alien who is not lawfully present in the United States shall not be eligible on the basis of residence within a State (or a political subdivision) for any postsecondary education benefit unless a citizen or national of the United States is eligible for such a benefit (in no less an amount, duration, and scope) without regard to whether the citizen or national is such a resident.”

In other words, in-state tuition rates cannot be offered to illegal aliens if they do not extend the same discount to all American citizens. It is not an issue where private schools are concerned because all students, regardless of residence, must pay the same tuition. In addition, every private university is able to create its own policy regarding admission and eligibility for internal financial assistance for illegal alien students.

Universities that grant illegal aliens in-state tuition (and other benefits) usually claim – quite disingenuously – that enforcing immigration law is outside of their purview. This does not prevent universities from adhering to other federal laws (public universities are obligated to obey all federal laws). Most commonly, many universities make in-state tuition conditional upon residing in the state and/or graduating from a high school located in that state. Many willingly turn a blind eye to the fact that some of the applicants to their institutions may be illegal aliens.

Activist judges have also contributed to the problem. In 2007, the 10th Circuit U.S. Court of Appeals dismissed a lawsuit by FAIR and 24 out-of-state students (Day v. Sebelius) challenging the Kansas law permitting in-state-tuition to be given to illegal aliens. The Court maintained that the plaintiffs lacked necessary standing to challenge the law. In 2010, California’s Supreme Court upheld the “Golden State’s” own in-state tuition law. Typically, it is difficult for individuals to demonstrate standing, so the better plaintiff to bring a suit challenging in-state tuition laws would be the Departments of Justice and Education. Unfortunately, the U.S. government has so far failed to act.

This issue is important to U.S. citizens, legal immigrants, and permanent residents because the difference between in-state and out-of-state tuition rates for many public institutions is substantial. During the 2019 – 2020 academic year, the average in-state tuition rate at four-year public institutions in the U.S. was $10,440 per year, while the average out-of-state tuition was $26,820. That is a difference of approximately $16,400, which is cost-prohibitive to many applicants.

Furthermore, in-state tuition is a legally unjustified extension of the benefit of primary and secondary education funded by U.S. taxpayers that illegal alien students receive under current law. That legal precedent was established in 1982, when the U.S. Supreme Court ruled in Plyler v. Doe that states could not deny illegal aliens access to taxpayer-funded K-12 education on the basis that not providing a proper education would likely contribute to “the creation and perpetuation of a subclass within our boundaries.”

Today, in-state tuition proponents continue to seek to extend Plyler v. Doe to higher education. Many activists and supporters assert that illegal aliens require financial assistance due to the challenges of coming from low-income families and being forced to pay tuition out-of-pocket (as a result to being ineligible for federal student loans).

They also minimize the negative impact on American students and claim that such policies will benefit the U.S. economy. All of this ignores the fact that many Americans from low-to-modest income backgrounds also have dreams of attending college – and they should take precedence over foreign nationals who are in our country unlawfully. In addition, any kind of assistance provided by a university to an illegal alien cannot, since it is a finite resource, be simultaneously granted to an American citizen or legal immigrant student. 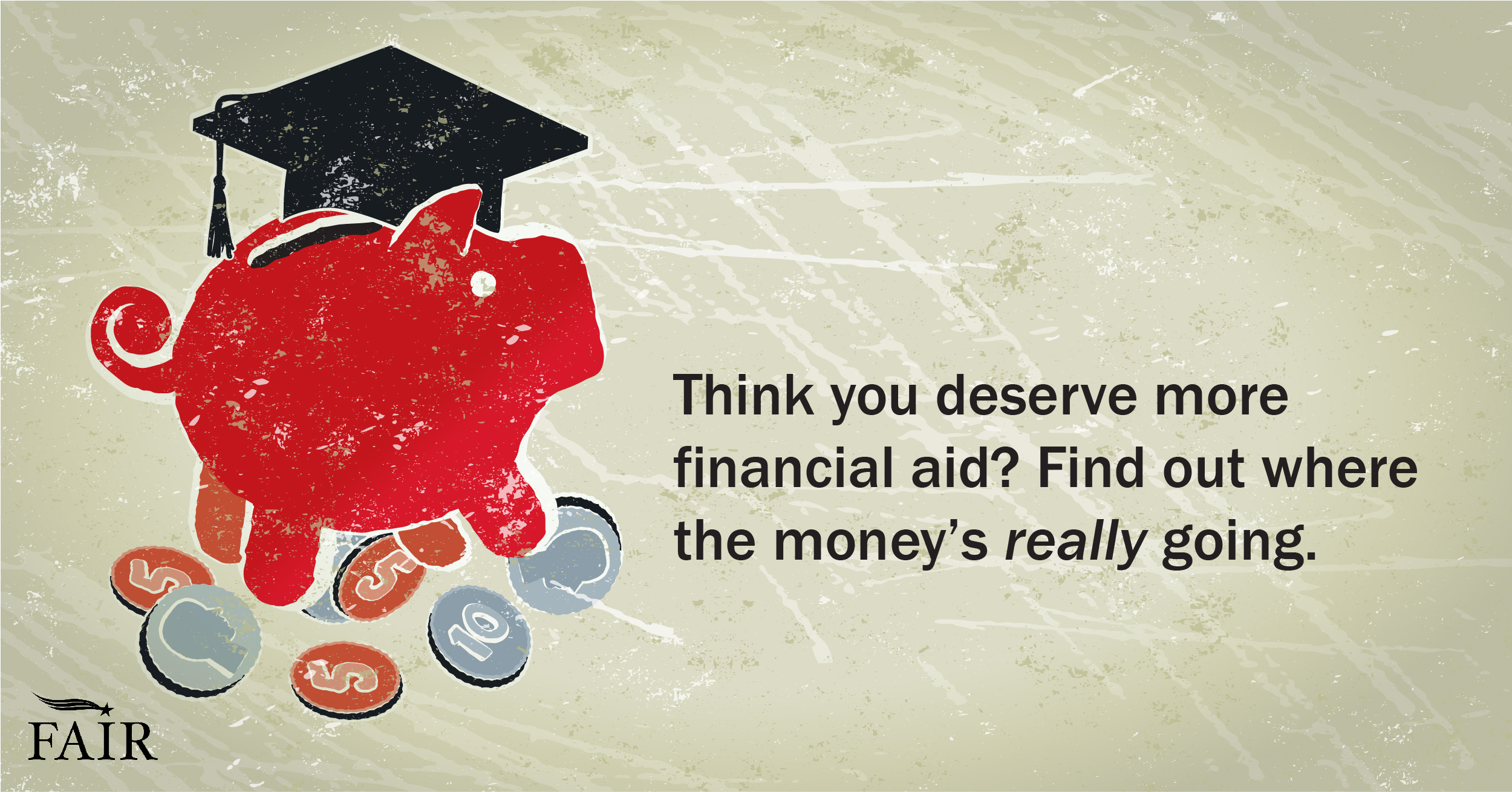 “State-provided financial aid is a critical means by which middle-class families can afford higher education.” 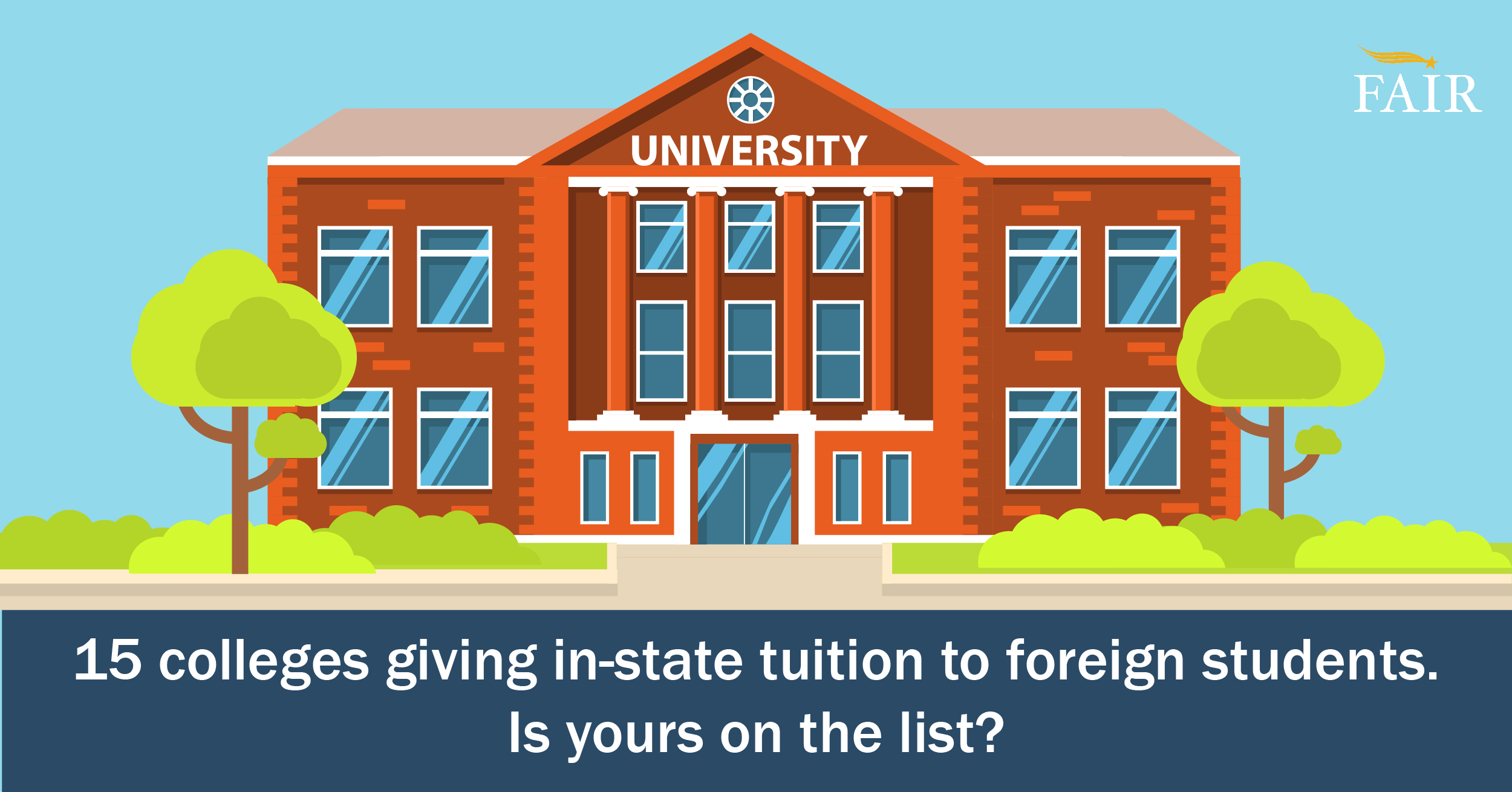 We need more than Title 42, it's time to bring back more sound border policies to end the #bidenbordercrisis. Watch: https://t.co/18Mka0yBfv