The first hundred days of a new administration is when new presidents traditionally like to make their biggest policy splashes, and we can expect that the Biden administration will have some big changes in store when they move into the West Wing. Immigration is sure to be on the list of the new president’s policy moves. Will Biden’s actual changes reflect an “America last” approach?

Even before taking office Biden was taking steps to dampen the expectations of mass immigration/open borders radicals who are demanding an immediate end to virtually all forms of immigration enforcement. Speaking to reporters before Christmas, the president-elect said, “The timeline to do it is so that we, in fact, make it better, not worse. I will do what I said. It’s going to take, not day one, it’s going to take probably the next six months to put into place.” Perhaps backing away from his promised 100-day moratorium on immigration removals, Biden added that “guardrails” will need to be in place to prevent a border crisis that could result in “two million people on our border.” 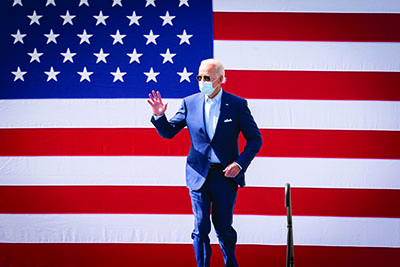 Vice President Kamala Harris has indicated that major legislation dealing with amnesty for illegal aliens will likely be introduced in the first hundred days. However, any legislation is likely to face a long road block-filled path as it makes its way through the legislative process. However, the Biden administration will have plenty of opportunities to steer other policy matters from Day One. Among the key decisions President Biden will have to address:

The critical choices that President Biden makes in his first days in office will directly affect his ability to guide the nation through the health and economic crises he will inherit.