The U.S. Supreme Court will decide some crucial immigration-related cases in the coming months that will have enormous ramifications for national security, the integrity of our political asylum process, and our representative democracy.

In October, the Court announced that it would rule on whether President Trump had the authority to use Department of Defense (DOD) funds for construction of a border security wall along our southern border; whether the Migrant Protection Protocols (MPP), which require would-be asylum seekers to remain in Mexico and present themselves at a legal port of entry is constitutional and; if known illegal aliens can be deducted from the Census count for the purpose of apportioning congressional representation. 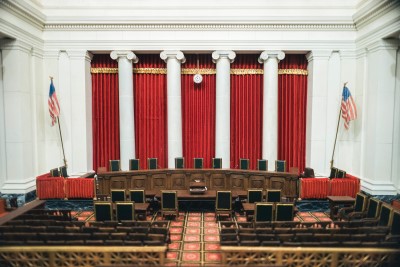 In July, the Supreme Court rejected efforts by the American Civil Liberties Union (ACLU) and other groups to prevent the administration’s use of $2.5 billion in Pentagon funds for construction of border security fencing. The Trump administration has used un-earmarked DOD funds to make good on its promise to defend national security by adding 450 miles of new

fencing along the border. However, in a never-ending legal battle over the wall that was authorized by Congress in 2007, the Ninth Circuit Court of Appeals blocked the use of an additional $3.6 billion for the project. That legal challenge was spearheaded by the Sierra Club, which claims that the border wall would have a harmful effect on wildlife along the border, while ignoring the devastating ecological impact of millions of people traipsing through wilderness areas, leaving millions of tons of debris in their wake.

The Court also agreed to determine whether a 2019 agreement struck between the United States and Mexico, aimed at preventing people from crossing our borders illegally before asking for asylum is constitutional. The MPP were initiated in response to the surge of asylum-seekers, most of them fraudulent, who poured across the southern border in 2019. In addition to making a mockery of our humanitarian policies, the record surge of migrants facilitated by organized human smuggling rings, arguably placed migrants in greater danger than the conditions they were allegedly fleeing in their home countries. Under the MPPs, migrants retain the ability to seek political asylum in the U.S. either by presenting themselves at an American embassy or consulate, or in an orderly and regulated fashion at a legal port of entry. The Ninth Circuit ruled in February that that policy violates federal immigration statutes. The Supreme Court has allowed the MPPs to remain in effect pending a final ruling on their legality, which will come in this session of the Court.

ILLEGAL ALIENS AND THE CENSUS

Having been blocked from including a question about citizenship on the 2020 Census form, the Trump administration opted for a plan to subtract known illegal aliens from the final tally for the purpose of apportioning congressional representation for the coming decade. This plan would ensure that citizens and legal residents in some states do not lose representation and billions of federal dollars to illegal aliens in other states. In September, a three judge

panel of the Second Circuit Court of Appeals in New York blocked that effort. Arguments before the Supreme Court are scheduled for November 30.

The inclusion of illegal aliens in the Census for the purpose of apportioning congressional representation is also being challenged by Alabama, a state that will almost certainly lose a seat in the House of Representatives and, along with it, substantial federal funding, if illegal aliens are included.

Over the decades, FAIR has been at the forefront of efforts to block the inclusion of illegal aliens for apportionment. As early as the 1980 Census, FAIR initiated lawsuits aimed at securing full representation in Congress for American citizens. However, these cases were never considered on their merits because the courts ruled that the plaintiffs lacked legal standing to sue.