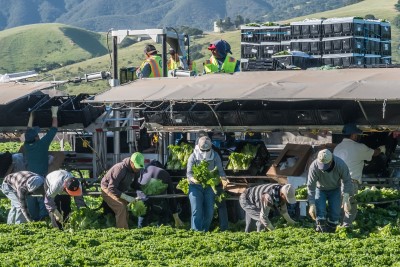 An effort led by FAIR was instrumental in a decision by the Department of Homeland Security (DHS) to cancel discretionary increases in the H-2B guest worker program. Earlier this year, before the onset of the COVID-19 crisis, Acting DHS Secretary Chad Wolf, exercising discretionary authority, approved the issuance of an additional 35,000 H-2B “seasonal worker” visas, bringing the total to about 100,000 for the year. FAIR strongly opposed Wolf’s original decision.

As the COVID-19 virus struck the country and crippled our economy, those seasonal jobs all but disappeared, as did the dubious need for foreign workers to fill them. In response, FAIR led an effort to convince Wolf to cancel the additional 35,000 visas. In early April, DHS, in a tweet, made the welcome announcement that the department’s “rule on the H-2B cap is on hold pending review due to present economic circumstances. No additional H-2B visas will be released until further notice.”

In the lead-up to Wolf’s decision, FAIR met with key members of the Executive Branch and White House to argue for cancelation of the additional guest worker visas. That effort was augmented by an op-ed from FAIR’s president Dan Stein, published in the influential online journal, The Daily Caller, making the case for why those additional visas were not only unnecessary, but harmful to the millions of Americans who were losing their jobs as a result of the COVID-19 pandemic.

Reinforcing the points made in Stein’s op-ed, Fox News host and commentator Tucker Carlson, who is also the founder of the Daily Caller news and opinion site, also issued a forceful plea to the DHS and the Trump administration to freeze guest worker visas. Americans who were employed in retail, service, and hospitality jobs were hit first and hardest by the COVID-19 economic crisis.

Amazingly, in spite of the labor market carnage wrought by the crisis, cheap labor interests and mass immigration advocates were still calling for an unabated continuation of guest worker admissions. “Dozens of small businesses across the country in landscaping, hospitality, construction, etc. are going out of business now because of [the administration’s] delay in issuing H-2Bs,” complained the American Immigration Lawyers Association of the Carolinas in a tweet.