One of the first critical decisions that President Biden will have to make is whether to leave in place restrictions on the admission of new foreign workers implemented by his predecessor. The new president must deal with the ongoing consequence of the COVID crisis, which includes helping millions of American workers reclaim jobs as the economy (hopefully) recovers.

In an effort to protect U.S. workers, the Trump administration dramatically limited the issuances of temporary and permanent worker visas last summer. In late December, the outgoing administration extended those restrictions through the end of March. While that order was a welcome reprieve for American workers, there is no reason to expect that the labor market will be anywhere near recovered by the time March 31 rolls around. 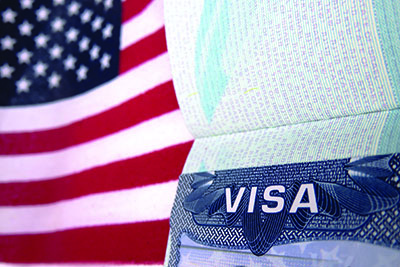 The next move will be up to President Biden. On the one hand, the success of his presidency will likely depend on his ability to deal with unemployment. Maintaining existing restrictions on new foreign worker admissions could go a long way in achieving that objective. On the other hand, Biden will be under enormous pressure to lift those limits from the far left flank of his party that want no restrictions on immigration, and from the business lobby that is perpetually demanding access to lower wage foreign labor, regardless of circumstances.

However, polling conducted by USA Today/Ipsos and exit polling conducted by Zogby Analytics on behalf of FAIR, indicate that the American public sees things very differently. By large majorities, Americans want to see worker visa restrictions remain in place for the foreseeable future. Even among Democratic voters who make up the base of the president’s support, favor maintaining current limits.

The rule that remains in place through March protects nearly all strata of American workers. Among the visas that are currently restricted are H-1B visas that admit higher skilled temporary workers (and work authorization for their spouses); H-2B “seasonal worker” visas (that really aren’t all that seasonal) under which lower skill workers are admitted; and L-1 visas under which global corporations transfer workers in other countries to offices or facilities in the United States.

FAIR worked to get the previous administration to implement these foreign worker policies and fought them over their initial efforts which still left many American workers vulnerable. FAIR will continue that effort on behalf of American workers under the Biden administration, rallying public and congressional support for a long-term extension of these protections during a time of economic crisis.