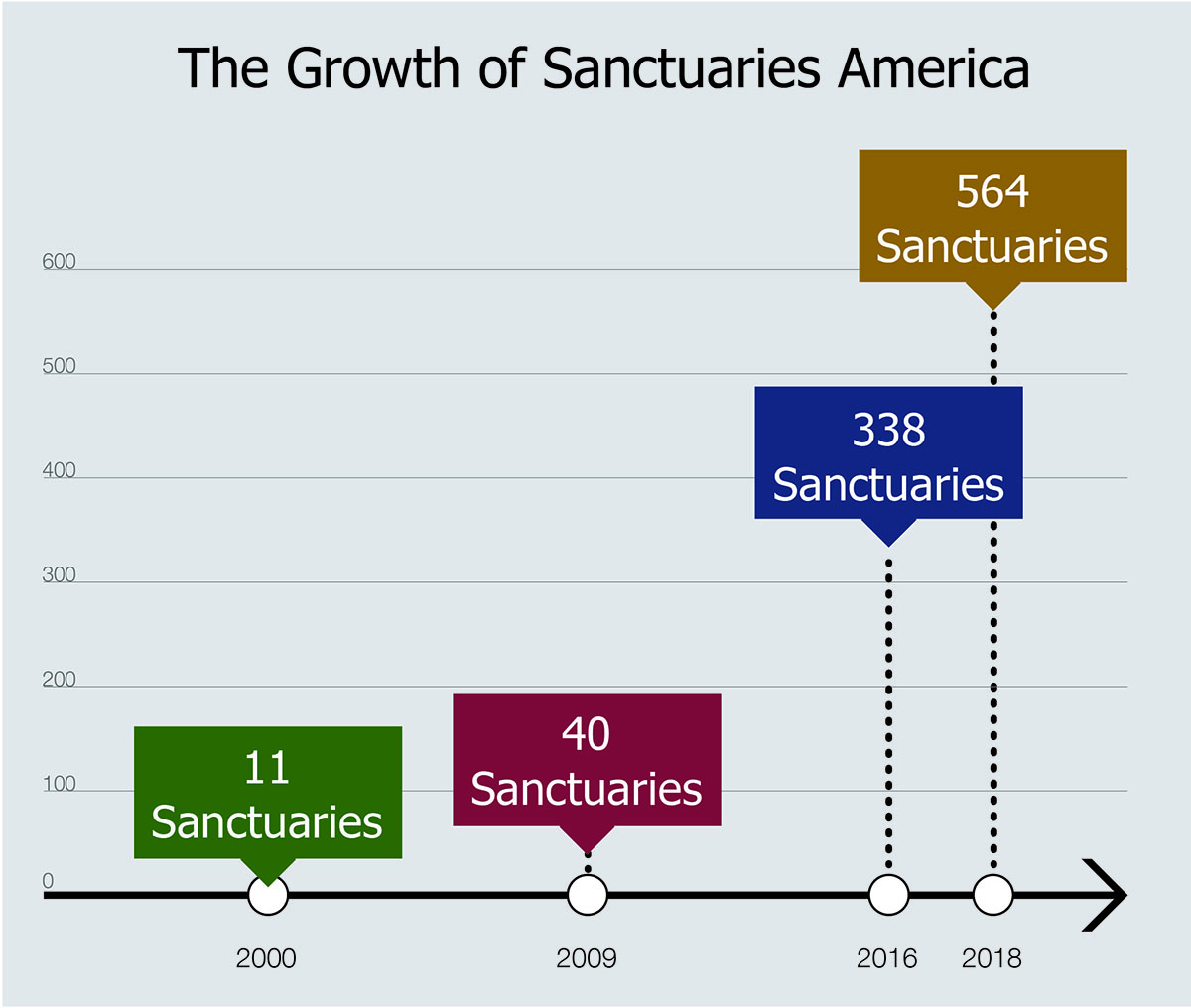 Though they are explicitly prohibited under federal law, the number of sanctuary jurisdictions around the country has proliferated in recent years and now stands at 564. These state and local policies restrict most forms of cooperation with federal immigration authorities.

In their various forms, they forbid state and local officials (including law enforcement officers) from asking people about their immigration status; reporting suspected illegal aliens to the federal government; holding criminal aliens for arrest by U.S. Immigration and Customs Enforcement (ICE); or otherwise cooperating with or assisting federal immigration enforcement agents. These policies endanger public safety and enjoy very little public support. Rather, they are the product of intense pressure from well-funded groups that oppose nearly all forms of immigration enforcement, or due to the capitulation by local officials in the face of threatened lawsuits by self-anointed “civil liberties” organizations.

Though sanctuary policies have been around since the late 1970s, they were relatively rare until quite recently. Of the 564 jurisdictions cited in this report, only eleven had been adopted before 2000 (including New York City and San Francisco, as well as the country’s first sanctuary state, Oregon, in 1987). Only 40 had been adopted by the time President Barack Obama was inaugurated in 2009.

No End in Sight. Sanctuary Jurisdictions Double under Trump

The Total Number of Sanctuary Jurisdictions

The total number of sanctuary jurisdictions now stands at 564. Sanctuary jurisdictions have not only increased in numbers. Increasingly entire states are declaring themselves sanctuaries, thereby imposing these policies on county and municipal governments. They have also morphed from passive non-cooperation policies to active efforts to obstruct federal enforcement, including against most criminal aliens.

The growing number of sanctuary jurisdictions and the extreme efforts to thwart federal immigration enforcement has also sparked a counter-trend. Led by Texas, some states have adopted anti-sanctuary laws that prohibit local governments from instituting sanctuary policies. And, within sanctuary states – most notably, California – local governments are actively resisting extreme sanctuary policies that violate federal law and endanger public safety, including joining a lawsuit brought against the state by the U.S. Department of Justice.

In addition to jurisdictions that self-identify as illegal alien sanctuaries, we have also included those that publicly eschew such classifications, but where sanctuary policies are actually being followed in practice. These subdivisions do not call themselves sanctuaries but refuse to cooperate with federal immigration authorities by failing to honor ICE detainers, prohibiting their employees from communicating with ICE or CBP, or refusing to provide information in response to federal requests. Similarly, some self-declared sanctuaries have not been included in this report if FAIR was unable to verify they actually follow sanctuary policies.

Our comprehensive –but by no means exhaustive – list of sanctuary jurisdictions appears below. FAIR ceased conducting research activities for this report in April 1, 2018. If you believe your jurisdiction has been included by mistake – or if you think it should be on this list – please contact our staff at sanctuaryreport@fairus.org