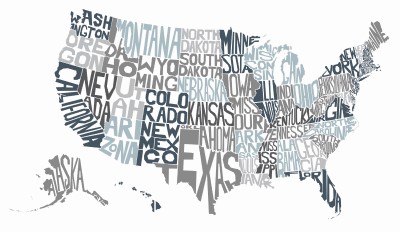 The efforts by the Democratic leadership of the House of Representatives to award millions of illegal aliens with stimulus checks may be political theater (see lead story). But efforts by some state and local governments, all which face severe fiscal crunches as a result of the coronavirus crisis, to hand out free cash and other benefits to illegal aliens are very real.

As noted in the May edition of the FAIR newsletter, California led the charge by creating a statewide $125 million public/private fund earmarked to assist illegal aliens, while equally hard-pressed local governments around the state added their own illegal alien assistance programs. But unlike Vegas, what happens in California doesn’t necessarily stay in California.

In late April and early May the urge to aid illegal aliens as American workers lost jobs by the millions, and state and local treasuries were sent reeling by the economic fallout from the crisis, spread all the way up the west coast.

In Oregon, the Joint Emergency Board, a statutory legislative committee comprised of members of both houses of the Oregon legislature, created a $32 million relief fund to help businesses, workers and renters during the coronavirus pandemic - a relatively small amount of money given the severity of the crisis. Nearly one-third of that money, $10 million, is earmarked for a wage replacement fund for newly unemployed workers who are ineligible for unemployment insurance benefits, i.e. illegal aliens. (These newly unemployed illegal aliens were also ineligible to be employed in the first place, but never mind.) Some 15,000 illegal aliens will be able to collect weekly benefits of up to $595.

Moving further up the coast, the Washington State Department of Social and Health Services will allow coronavirus relief funding to go to illegal aliens. Individuals who are not eligible for other programs can apply for Disaster Cash and receive a one-time payment between $383 and $1,121. More than a million Washingtonians have faced the personal disaster of losing a job since the crisis began.

The madness, however, was not contained to the west coast. The Massachusetts Legislature has introduced legislation (still pending as of completion of this newsletter) that would grant people who filed state income tax returns in the past two years using Individual Taxpayer Identification Numbers (which includes large numbers of illegal aliens) to collect benefits that are even more generous than California’s. Each adult would be eligible for a $1,200 state check, as well as $500 for each child in the household.

In New Jersey, Governor Phil Murphy (D) had been pushing the legislature to provide so-called “stimulus funds” that would provide illegal aliens $600 per week. Senators Teresa Ruiz (D-Newark) and Nicholas Scutari (D-Linden) heeded his call and introduced a bill (still pending as of the completion of the current newsletter) that would provide approximately $35 million in direct cash assistance to about 500,000 illegal aliens.

If history is any guide these harebrained proposals that come at the expense of struggling American families and empty state and local coffers will spread across the nation. FAIR’s State and Local Legislative department will be working with activists in these states and localities to fight these irresponsible benefits to illegal aliens.