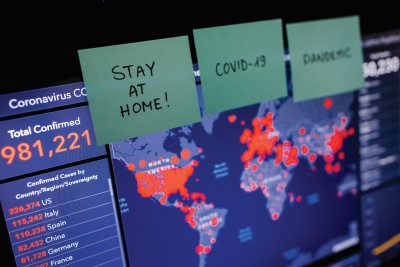 Americans may not agree on much these days, but on one issue there is near consensus amid the coronavirus health and economic crisis. Several national polls taken since the onset of the crisis indicate that as many as four out of five Americans support a temporary halt to all immigration under the current circumstances.

A USA Today/Ipsos poll conducted in April found that 79 percent of Americans favor a pause in immigration until things return to normal, in what the newspaper described as a “seismic shift” in attitudes about immigration policy. Similarly, a late- April Washington Post/University of Maryland poll found 65 percent public support for a temporary cessation to nearly all immigration. According to that poll, an immigration halt was favored by 83 percent of Republican voters, 67 percent of Independents, and 49 percent of Democrats. Moreover, support for an immigration freeze cut across racial and ethnic lines, and age brackets.

This “seismic shift” in public opinion is hardly surprising. At a time of soaring unemployment, with millions more Americans losing jobs each week, continued large influxes of newcomers (in most cases) compound the difficulties of those who are out of work. Likewise, while much of the country was (and still is) under lockdown in an effort to curb the spread of the virus, normal immigration flows of about 90,000 people per month undermines public health objectives.