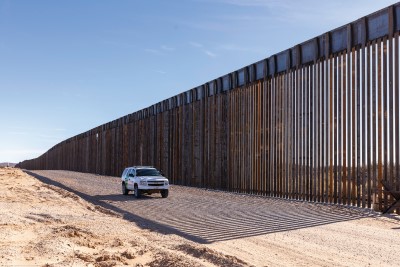 The economic and political elite may not have much use for secure borders, or the concept of national sovereignty, but significant majorities of Americans do. And, according to recent polls, those opinions have been bolstered as a result of the global COVID-19 pandemic.

The monthly, which tracks public opinion on a variety of important issues, found unprecedented support for strong border enforcement in a nationwide poll conducted in late March. That poll found that 83 percent of respondents support a complete cessation of immigration across the U.S.-Mexico border. These opinions cut across all racial, ethnic and party lines. A temporary immigration halt was supported by 73 percent of Democrats, 84 percent of Independents, and 93 percent of Republicans. In the same poll, voters also expressed strong support for measures implemented by the Trump administration to curb last year’s surge of illegal immigration across our southern border.

Similarly, the Rasmussen Polling company’s “Immigration Index” survey registered strong support for government efforts to prevent illegal aliens from taking U.S. jobs. That poll, conducted as the COVID-19 crisis was ravaging the American labor market, found overwhelming support for making E-Verify a mandatory part of the hiring process. Sixty-seven percent of respondents agreed that American jobs should be protected by requiring all employers to use the highly reliable E-Verify program.

Obviously, concerns about the security, health, and effects of excessive and unregulated immigration have been heightened by the current national crisis. But even in more normal times, most Americans have understood setting reasonable limits on immigration and demanding that everyone who enters does so legally is vital to protecting American workers and taxpayers, in addition to protecting national security and public health.

This support is not likely to dissipate even after the current emergency abates, as much as the economic and political elite would like a return to immigration chaos as usual.