The generally left-leaning Ninth Circuit Court of Appeals sided with the Trump administration in September, ruling that its decision to terminate Temporary Protected Status (TPS) for citizens of Nicaragua, El Salvador, Haiti and Sudan may proceed. The Ninth Circuit ruling represents an important legal victory for the American people, and the integrity of the TPS program itself.

The Trump administration, acknowledging that the T in TPS stands for “temporary,” has sought to end this designation for some 300,000 people from these four nations. Making a mockery of the program which was established by Congress in 1990 to provide short-term relief to citizens of countries that have experienced “extraordinary and temporary conditions” natural disaster or political upheaval by allowing them to remain in the United States in the immediate aftermath, foreign nationals and their advocates have pushed for endless extensions of the designation. 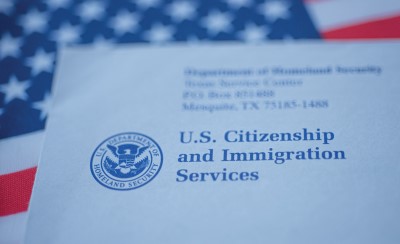 TPS for Sudanese has been in place since 1997 owing to a long-settled civil war. Nicaraguans have clung to TPS since 1999, Salvadorans since 2001, and Haitians since 2010, based on natural disasters that struck those countries in the distant past. Advocates for the TPS beneficiaries, who in some cases have managed to game the system for more than two decades, now argue that they should be allowed to remain permanently because they have been here for so long and have “out down roots” in the United

States. Former Vice President Joe Biden has indicated that, if elected, he will push for permanent status for TPS beneficiaries.

In addition to upholding the concept that the relief provided by TPS is, by definition, temporary, the three-judge panel of the Ninth Circuit issued a sharp rebuke to Federal District Court Judge Edward Chen whose ruling blocked the administration’s efforts to terminate the status. In their majority ruling, Judges Consuela Callahan (a George W. Bush appointee) and Ryan Nelson (a Trump appointee) took direct aim at Judge Chen’s political activism. “First, the panel held that the district court abused its discretion in issuing the preliminary injunction when it deemed the Plaintiffs’...claim reviewable,” they wrote, when Judge Chen decided to not only review it, but overrule the Department of Homeland Security’s decision. The judges cited the federal statute that established the TPS program which, in plain English, says that decisions to terminate TPS status are not judicially reviewable. The law states, “There is no judicial review of any determination of the [Secretary of Homeland Security] with respect to the designation, or termination or extension of the designation, of a foreign state under this subsection.”

FAIR has long fought to end TPS designations that carry on long after the “extraordinary and temporary conditions” that triggered the designations had passed. FAIR and its legal affiliate, the Immigration Reform Law Institute, filed amicus briefs in support of the DHS’s decision to terminate the status for the nations in question. In addition to continuous extensions being unwarranted, FAIR has pointed out that political pressures to keep extending these designations endanger the program itself. If, once granted, it becomes all but impossible to revoke TPS, it will be difficult to offer protection to other nationality groups even when circumstances merit a temporary extension of their presence in the United States.

The court victory, especially given that it was handed down by the Ninth Circuit, may be short-lived, however. The Trump administration has indicated that it does not plan on acting to end TPS designations until March 2021 – well after the election and Inauguration Day. Depending on the outcome of the election, the Ninth Circuit ruling could be moot. Vice President Biden has made it clear that favors allowing all TPS beneficiaries to remain in the United States and would be unlikely to carry through on the Trump administration’s plan to terminate TPS status.