Virginia’s state legislature became the latest to pass a bill attempting to regulate the detention of illegal aliens while they await deportation, a matter exclusively for the federal government under the Constitution. Some states, like California and Illinois, have passed legislation that aims to ban both private facilities and those run by state or local governments from housing these immigration detainees under contract with Immigration and Customs Enforcement. Other states, like Colorado and now Virginia, have not banned them outright but could have a chilling effect on current or future contracts by imposing significant new regulatory burdens. Even though these facilities are subject to federal oversight the legislation would give state authorities broadly expanded grounds to impose their own standards and potentially shut facilities down. According to Tom Homan, former Acting Director of Immigration and Customs Enforcement, the legislation is a transparent excuse for Virginia authorities to meddle in federal matters and make it difficult to operate detention facilities. “[N]early all of ICE’s large contractor-run detention facilities have twice the number of health care staff as compared to other federal, state and local facilities,” Homan asserted. 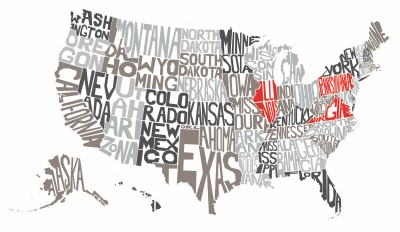 Illinois isn’t just broke; it is facing a gaping $7 billion state budget deficit and its tax base is rapidly shrinking. But none of that deterred the legislature from granting Medicaid-like coverage to illegal immigrants aged 65 and older. It was subsequently signed by Gov. J.B. Pritzker (D). The program seems “modest,” covering health care for some 900 elderly illegal aliens in the state with a price tag of $5 million a year. However, the extension of costly public benefits to illegal aliens follows a well-established pattern: Begin with a small and relatively sympathetic group of illegal aliens as a first step and expand it from there. Chicago’s Rush University of Medicine projects that the population of poor elderly immigrants, many of whom are in the country illegally, will expand rapidly in the next ten years. Additionally, having set a precedent for providing health coverage to one cohort of illegal aliens, activists and their allies in Springfield are likely to seek expansion of these benefits to other illegal aliens.

While several states have adopted sweeping sanctuary policies that protect illegal aliens, including criminals, from being handed over to Immigration and Customs Enforcement, an effort is afoot in Pennsylvania to outlaw sanctuary policies statewide. House Bill 2874, sponsored by Representative Ryan Warner was introduced on September 18 and already has 16 cosponsors. The bill would ban sanctuary policies by local governments and their agencies statewide; require honoring immigration detainers to hold suspected illegal aliens in custody up to 48 hours after their release on state criminal charges; require that ICE be allowed access to jails in order to conduct interviews of suspected illegal aliens; ban any restrictions on information-sharing and cooperation with ICE; cut off state funds for a year to any local government with a sanctuary policy; and make local governments with sanctuary policies civilly liable for monetary damages caused by illegal aliens committing crimes after being released from their custody due to those policies. No companion bill has been introduced yet in the State Senate and Governor Tom Wolf (D) has expressed “concerns” about anti-sanctuary legislation but he has never explicitly said he would veto such a bill if it were sent to him.