The Texas Legislature kicked off the new year with an attempt to roll back the state’s ill-advised law granting in-state tuition benefits to illegal aliens. While Texas has been at the forefront of efforts to ensure that immigration laws are enforced, and has sued to stop unconstitutional policies by the Obama and Biden administrations, the state was the first to grant in-state tuition benefits to illegal aliens in 2001. Bills in both houses of the legislature have been introduced to repeal the 2001 law. The timeline for repealing this expensive benefit for illegal aliens, however, is short as the legislature meets only once every two years and would have to act on the measure by May.

A similar effort to repeal in-state tuition benefits for illegal aliens attending Florida’s public colleges and universities is also underway. Florida only granted these benefits in 2014, but the $45 million a year price tag is too steep, argues State Rep. Randy Fine (R-Palm Beach), who filed the repeal bill. It is also wrong, says Fine. “We charge American students from the other 49 states and Puerto Rico the full-price to provide them with the nation’s top-rated public education…but students who are in this country illegally get a sweetheart deal.” Like Texas, the timeline for repealing in-state tuition benefits is a short one. 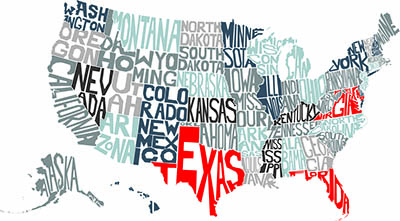 Even as Texas and Florida were moving to end in-state tuition benefits to illegal aliens, both houses of the Virginia Legislature approved measures that would grant those benefits. Additionally, the State House approved a measure to expand the state’s policy of issuing driver’s licenses to illegal aliens to include non-driver state IDs. That bill is awaiting consideration by the Senate. Another bill would bar Department of Motor Vehicle personnel from sharing any information in its database with federal immigration authorities without a judicial warrant or subpoena being issued.

Despite a string of gruesome and high profile crimes directly attributable to sanctuary policies in place in Montgomery County, the Maryland Legislature seems undeterred in its efforts to codify these dangerous policies statewide. At least four bills have been introduced that would place Maryland among the most radical states when it comes to protecting illegal aliens. The bills before the legislature would bar nearly all forms of law enforcement cooperation and information sharing with ICE, and commit public funding to help illegal aliens fight removal. FAIR’s State and Local Engagement Director, Shari Rendall, was among those testifying against these measures in hearings before legislative committees.