Pro-illegal alien activists attempted to hijack police reform legislation in Massachusetts to turn the state into a full-blown sanctuary jurisdiction. Thanks to the efforts of FAIR’s State & Local Legislative Department, and Massachusetts-based activists, some of the most egregious provision of the bill were stripped from the final version that was signed into law by Gov. Charlie Baker (R) in December. The bill signed by the governor still undermines public safety and law enforcement’s ability to cooperate with federal authorities to remove illegal aliens, and FAIR opposed the final version. Among the key immigration-related provisions of the legislation signed into law:

Despite Governor Baker saying he was “committed to enhancing and improving public safety,” the legislation he signed seems likely to do the opposite, even with the changes he demanded. 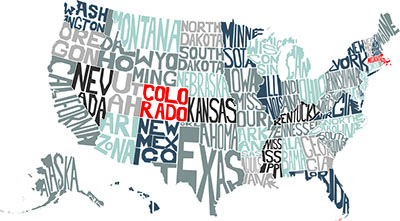 In a big win for commonsense immigration enforcement, the Aurora city council, Colorado’s third largest city, rejected proposals that would have blocked nearly all cooperation between city police and Immigration and Customs Enforcement (ICE), and a second proposal to have the city fund legal defense for deportable aliens. In December, the council defeated a bill that would have prevented all Aurora City officials, including police, from using funds and information to assist federal immigration officers unless a judicial warrant is presented by an ICE official. In addition, the sanctuary bill would have prevented federal immigration authorities from conducting business in any building or facility owned or leased by the city without a signed warrant.

The second bill, in the words of its sponsor Councilmember Crystal Murillo, would have “advance[d] the foundational ideal of this country that people have the right to legal counsel and that we’re protecting the sanctity of our families, children and communities.” The bill would have established a defense fund paid for by taxpayers. Despite Ms. Murillo’s contention, there is no right or “foundational ideal” that people have a right to publicly funded legal representation in civil matters.

Advocates for illegal aliens and their supporters on the city council have pledged to renew their efforts in 2021.