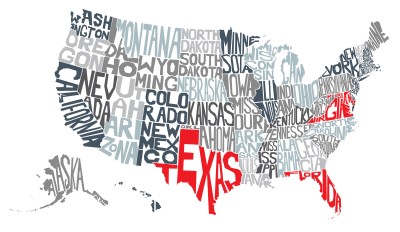 that make it easier for them to live and work in violation of federal law. These documents will be issued even though Virginia authorities have no reliable way of knowing who they are being issued to. And, as a further protection for illegal aliens in the commonwealth, their personal information will be shielded from federal authorities except under extenuating circumstances.

But wait, there’s more. Virginia taxpayers will now be required to subsidize the education of illegal aliens attending public colleges and universities. These subsidies amount to about two-thirds of the actual tuition cost. But why stop there? The Legislature didn’t. Also approved were measures that allow local jurisdictions discretion not to contact immigration authorities when they book someone into custody for a misdemeanor; eliminate ID requirements for voting; and create a new state “Office of New Americans” to assist immigrants regardless of immigration status in pursuing public benefits.

As of completion of this edition of the newsletter these bills had not been signed into law, but Gov. Ralph Northam is expected to do so.

The Florida Legislature, under extreme pressure from cheap labor business interests, approved what amounts to a toothless E-Verify bill in early March. Mandating the use of this highly successful federal employment eligibility verification system had been one of the signature campaign promises of Republican Gov. Ron DeSantis. The bill that was sent to his desk is far cry from what he asked for or what the people of Florida demand, and much of the sabotaging of the bill came at the hands of Republicans. Key provisions, such as authorizing the state’s Department of Economic Opportunity (DEO) to audit employers for employment-verification compliance and to relay suspicions about businesses hiring illegal workers to federal Immigration and Customs Enforcement (ICE) were gutted. Only government entities and government contractors will be required to screen out illegal aliens through the use of E-Verify.

As of completion of this edition of the newsletter, Gov. DeSantis had not indicated whether he would sign or veto this watered down E-Verify bill.

Because apparently there are no pressing needs or problems that need to be addressed by Texas’ largest cities and counties, local lawmakers have decided to channel local tax dollars into funds dedicated to providing legal assistance to illegal aliens fighting deportation. Dallas, Austin, and San Antonio have already established legal defense funds for illegal aliens, and in late February, Harris County officials (the state’s largest, which includes Houston) decided to dive in. According to SmartAsset.com, Harris County already “has some of the highest property taxes not just in Texas, but in the entire country. The average effective property tax rate in Harris County is 2.09 percent, significantly higher than the national average.” In addition, Harris County imposes the maximum local sales tax of 2 percent, on top of the 6.25 percent state sales tax, for a total of 8.25 percent, well above the combined statewide average of 7.613 percent. But what the heck, right?