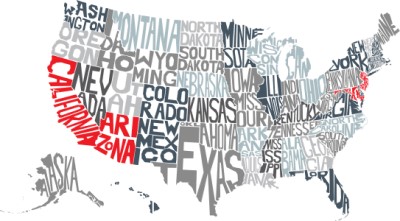 Voters in Tucson, Arizona, struck a decisive blow for common sense and the rule of law in the November elections. Voters in that city overwhelmingly rejected a ballot initiative that would have officially declared Tucson to be a sanctuary city for illegal aliens, by a whopping 71 percent to 29 percent majority. The defeat represents a stinging rebuke from the city’s largely liberal, pro-sanctuary voting base, and is a strong indication that these policies lack public support in all but a handful of far-left communities. FAIR estimates there to be 564 sanctuary jurisdictions around the country, nearly all of them imposed by local politicians responding to the demands of political fringe groups rather than the will of the people. The overwhelming rejection of sanctuary by Tucson voters should send a clear signal to politicians around the country that cooperation with federal immigration enforcement agencies is not only a matter of common sense, but also enjoys broad public support.

In another partial victory for common sense and public safety, Montgomery County Executive Marc Elrich was forced to eat some pre-Thanksgiving crow as he rolled back some provisions of a sweeping sanctuary executive order he signed in July. Elrich’s Promoting Community Trust Executive Order barred county law enforcement from asking individuals about their immigration status and prohibited local law enforcement from cooperating with Immigration and Customs Enforcement (ICE) agents in all but exceptional circumstances. County residents saw the immediate results of this extreme sanctuary edict. Between August and September nine illegal immigrants were charged with rape and violent sexual assault, which led to public demands for changes to the county’s sanctuary policy. Though far from abandoning sanctuary, Immigration and Customs Enforcement will no longer be categorically barred from access to county jails. The revised policy will give ICE limited access to jails and an opportunity to take custody of criminal aliens before they are released back into the community.

San Francisco County District Attorney Chesa Boudin is taking sanctuary for illegal aliens to a whole new level. The county’s newly-elected chief prosecutor is making it clear that not only will San Francisco continue to hinder and obstruct federal immigration enforcement, but he will attempt legal action to prevent ICE from carrying out its duties in the city by the bay. In a campaign video shortly before his election, Boudin vitriolically proclaimed that, “If ICE agents come to kidnap members of our community, if they endanger our children, they will be prosecuted.” Of course ICE carrying out its statutory duty to arrest illegal aliens does not constitute kidnapping, nor does Boudin have any legal authority to prosecute federal law enforcement officers who are acting lawfully, but it is an indication that San Francisco is moving beyond a merely adversarial relationship with federal immigration enforcement to an openly confrontational one. Boudin is the son of convicted Weather Underground terrorists Kathy Boudin and David Gilbert, and was raised by political radicals Bill Ayres and Bernardine Dohrn while his biological parents were serving long sentences for murdering several people.

The New Jersey Legislature passed legislation granting driver’s licenses to illegal aliens. The bill was signed into law by Gov. Phil Murphy, making the Garden State the 15th state to do so. In the past two years the state has taken numerous steps to normalize the status of illegal aliens, including an effort by the attorney general to force counties to terminate cooperative agreements with federal immigration authorities. New Jersey, like other states issuing licenses to illegal aliens, has no ability to verify the information provided to them by people who are otherwise “undocumented.” In addition to attracting illegal aliens to the state, this lapse also poses a security threat as criminals and terrorists will be able to establish false identities.