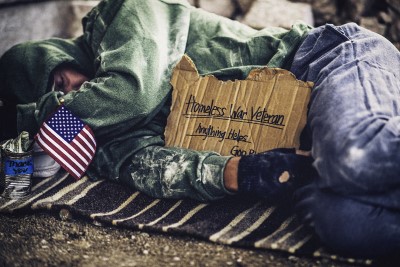 Our government officials claim to honor our veterans — men and women who have served in our armed forces, fought in wars, and sacrificed to protect our nation’s interests and our freedoms. However, a new analysis by FAIR finds that government spending on illegal aliens and their dependents is approaching, on a per capita basis, what we allocate to meet the needs of veterans.

Currently, the United States allocates $217 billion a year to address the needs and provide care for our 19.5 million veterans. That figure is about $26 billion shy of what it will cost to meet the needs of veterans in the coming fiscal year. At the same time, the country is spending about $132 billion a year to provide services and benefits for an estimated illegal alien population of 14.3 million and their dependents. On a per capita basis, we now spend about $9,200 a year on illegal aliens and their families and about $11,100 on the needs of veterans.

Veterans, of course, have earned the assistance they receive from American taxpayers. Many struggle with mental health, physical health, and other issues owing to their service in combat. As a result, veterans, as a group, have greater needs for care – needs that have often been neglected. The results have been higher rates of homelessness, and alcohol and substance abuse among veterans is higher than the population as a whole. These inadequately addressed problems of veterans also make it more difficult for them to find and hold jobs, which in turn leads to higher rates of poverty.

But even as the veterans who political leaders claim to honor struggle, many of those leaders are devoting more of our scarce resources to the interests and demands of illegal aliens. A few glaring examples pointed to in FAIR’s report include: