Even as the Biden administration wrestles with the question of whether to extend restrictions on the admission of new foreign workers, the outgoing U.S. Secretary of Labor, Eugene Scalia, finalized new rules that offer some measure of protection for American workers when and if the new administration reopens the doors to large numbers of guest workers.

During his final days in office, Secretary Scalia issued a final rule which mandated a more realistic methodology for determining the wages that foreign workers must be paid. In order to prevent U.S. employers from undermining or displacing American workers, the Department of Labor (DOL) determines what the “prevailing wage” is for any particular job and requires that foreign workers be paid no less than that benchmark. Unfortunately, the prevailing wages have been subject to manipulation on the part of employers who simply want cheaper labor. Business interests, for decades, have pressured the government to keep the prevailing wage artificially low. 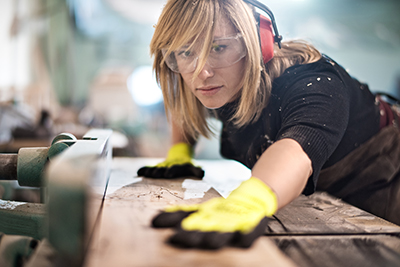 The final rule, issued on Jan. 12, will ensure that the prevailing wage be determined by more realistic methodology, thereby diminishing the incentive for companies to favor guest workers over American workers. The new prevailing wage rule will “address abuses in visa programs, and protect American workers from being undercut by cheaper foreign labor,” said Scalia. “These changes help ensure that these important foreign worker programs function as Congress intended, while securing American workers’ opportunities for stable, good-paying jobs. In response to the comments we received, the Department has adjusted the wages levels used in the Interim Final Rule to better reflect market wages and included provisions to smooth the transition to the new wage levels.”

Under the new rule, the DOL will have to consider the actual wages being earned by American workers working in jobs for which foreign workers are being sought, rather than the vague and malleable prevailing wage that has allowed employers to short-circuit protections for U.S. workers. Employers must attest that they will pay nonimmigrant workers, during the period of authorized employment, the higher of the prevailing wage or the actual wage paid to other employees with similar experience and qualifications.

The new administration, of course, has the authority to promulgate its own rules. However, writing new rules takes time, and requires a period during which the DOL would have to consider public comments. At the very least it would be many months before the new protections for American workers could be stripped. More importantly, deliberately weakening protections for American workers in order to allow companies to hire cheaper foreign labor would come at a significant political cost for a new administration that is likely to be grappling with a lot of other difficult issues. Restoring the much abused policies that the new ended, during a period of high unemployment and economic uncertainty, would not be viewed favorably by organized labor, and would have to be defended publicly by the Biden administration – neither of which they are likely to want to do.