If it seems as though the accepted estimate of the illegal alien population has been stuck at 11 million for years despite ongoing high levels of illegal immigration, you’re not wrong. It has, largely because many in government and the media seek to minimize the impact of illegal immigration.

FAIR, using Census Bureau and other reliable data, periodically updates the estimate of the illegal population. FAIR’s latest analysis, released in January, places the illegal alien population at about 14.5 million. The 2020 estimate of 14.5 million represents an increase of about 200,000 over 2019. This increase occurred in spite of COVID-related travel and border restrictions (which held down the number of visa overstays and the number of people crossing land borders) and agreements struck with Mexico and Central American governments to deter the entry of fraudulent asylum seekers. 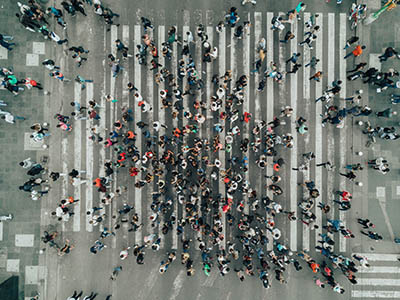 An accurate estimate of the illegal alien population is crucial for a variety of reasons. The first is the costs of illegal immigration to American taxpayers. The 2020 increase in the illegal alien population added about $2 billion to the tab, pushing the overall annual cost close to the $140 billion mark. Even in the best of times, $140 billion represents an onerous cost burden. Under current circumstances, with government at all levels straining to provide services and benefits during the pandemic, illegal immigration is all the more harmful.

Second, with the change of administrations and Democrats in control of both houses of Congress, there is certain to be a legislative push to enact a sweeping

illegal alien amnesty. The Biden administration has proposed that every illegal alien present in the United States as of January 1, 2021 be granted amnesty and an expedited path to citizenship. Coupled with existing family chain migration policies, each additional amnestied alien represents an exponential increase in family reunification visas that will be issued down the road.

According to the report, a combination of factors is responsible for the increase in the number of people residing illegally in the U.S:

The full report, 2020 Update: How Many Illegal Aliens Live in the United States?, along with the methodology used to compile the updated estimate, can be found on FAIR’s website, www.fairus.org.