Immediately after arriving at the McAllen International Airport, FAIR joined a few national reporters near the Rio Grande River for a firsthand look the Biden Border Crisis.

FAIR met the group of reporters—along with former acting CBP Commissioner Mark Morgan and former acting Immigration and Customs Enforcement Director Tom Homan—at around midnight and within minutes of arriving to this location, Border Patrol agents apprehended dozens of unaccompanied minors and family units who had just crossed the river to enter the country illegally. 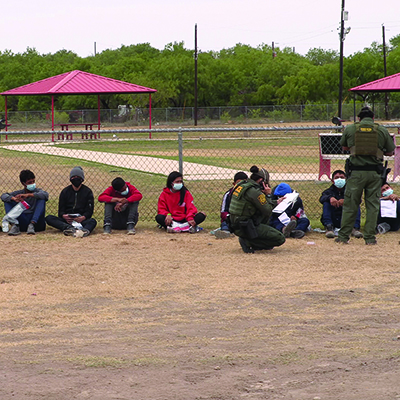 Within two hours, FAIR counted approximately 200 apprehensions—figures seen as a “quiet night” for Border Patrol, according to an agent we spoke to. Even for a “quiet night” the agent was sweating profusely under the strain of hundreds of migrants streaming across the river.

Rather than evade or resist arrest, nearly every single migrant voluntarily surrendered themselves to Border Patrol. But these migrants knew exactly what they were doing.

Migrants and human smugglers know full well that under the current administration, their chances of being removed from the country are virtually zero. The Biden administration has suspended the Migration Protection Protocols (MPP), which would have required applicants to remain in Mexico until a hearing on their asylum claims could be scheduled and has directed ICE to apprehend fewer illegal aliens in the interior of the country. Additionally, the administration is not fully utilizing Title 42 (a COVID-related public health order) that allows CBP agents to return illegal migrants to Mexico.

Most of the migrants FAIR spoke with said that they were arriving from the Northern Triangle countries of Honduras, Guatemala, and El Salvador— something that is in line with what many news outlets are reporting. 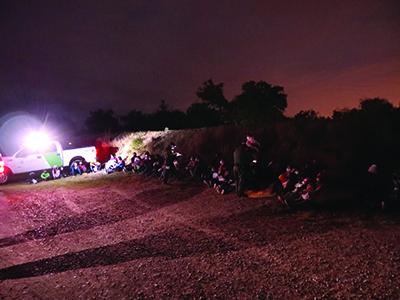 Towards the end of the night (approximatively 3 am), the number of apprehended individuals became so large that a school bus—rather than a van—picked up these individuals and transported them to an undisclosed location.

After the tour, FAIR discussed the evening’s events with some reporters, with one reporter expressing frustration about the Biden administration’s “gag order” on most media members under which they have very limited interview and facility access. “What does President Biden want to hide so badly that he won’t let us see it?” the reporter asked.

On FAIR’s first full day in the Rio Grande Valley, the delegation investigated and explored different portions of the U.S.-Mexico border. 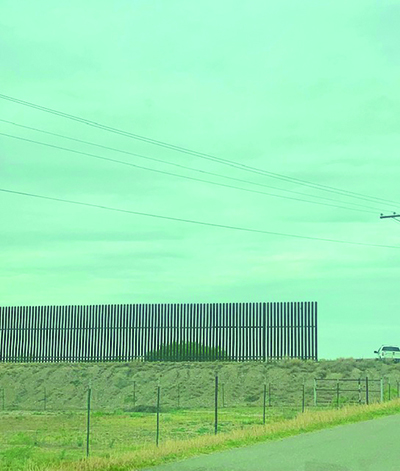 It became clear that the Rio Grande Valley did not have much physical border infrastructure. In many places, nothing separated the U.S. from Mexico other than the Rio Grande River and some brush.

In some regions of the Valley, FAIR found portions of secure border wall that stands 25 to 30 feet high. But there are also areas where the wall has gaping sections missing due to President Biden halting all southern border wall construction after taking office. The materials and equipment for the wall are physically there but not being used.

Immediately after arriving to the location, FAIR witnessed dozens of unaccompanied minors and family units being apprehended and sent off in vans to undisclosed locations.

Some migrants were practically infants who could not walk on their own. The proliferation of children – with and without accompanying adults – is likely in response to the Biden administration not immediately expelling family units or unaccompanied minors who enter the country illegally.

FAIR had found left-behind travel documents indicating that migrants were traveling to the border from the Northern Triangle countries—especially from El Salvador. This means that they were traveling thousands of miles and putting themselves at serious risk of violence (some 7 in 10 report facing violence on this trek) because the words and deeds of President Biden clearly indicated to them that coming to our border will be rewarded with admission to the United States. 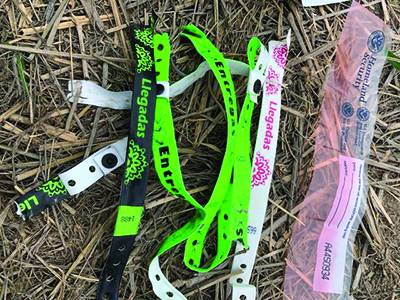 It was also clear that the cartels and human smugglers in Mexico are exploiting President Biden’s immigration changes and are profiting immensely from transporting migrants across the Rio Grande River into the U.S. This was confirmed after we had found dozens of neon green bracelets on the ground that read “entregas” in Spanish or roughly translated to “deliveries” in English.

A source told FAIR that some of these cartel groups are profiting more from human smuggling than they are from the drug trade under President Biden. 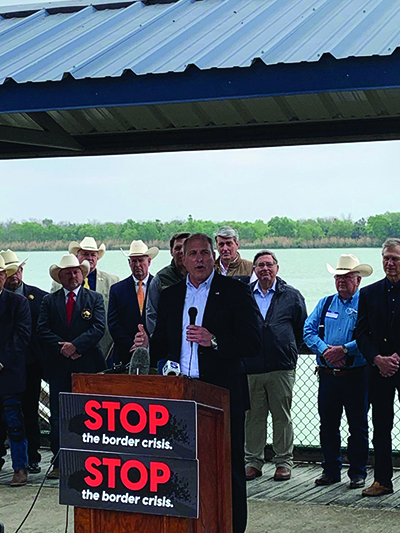 FAIR was represented at the news conference by senior fellow Mark Morgan. Morgan spoke about the scope of the crisis at the border – conditions he asserted are unprecedented during his many years in immigration law enforcement. Like many of the other speakers at the news conference, he places the blame for the crisis squarely at the feet of President Biden and his policies.

While waiting to board a flight back to Washington D.C., FAIR witnessed a number of migrants who were boarding flights with manila envelopes that read “Please Help Me. I Don’t Speak English. What Plane Do I Need to Take? Thank You for the Help.” 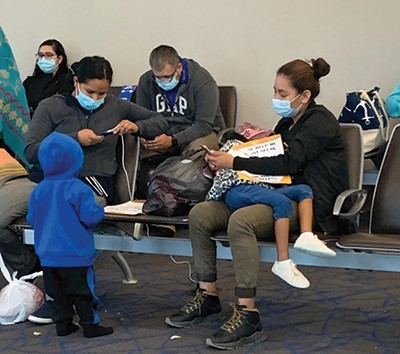 The envelopes also had American cities and time stamps written on them in Sharpie.

It was unclear who was funding and orchestrating this system but a source told FAIR that it was likely American non-governmental organizations near the border.

It is also unclear how unlawful migrants were passing through TSA checkpoints and gate agents without proper identification.

This strange observation underscored the magnitude of the Biden Border Crisis. Facilities have become so overpacked that the administration may be coordinating with local groups to send migrants into the interior of the country.