IMMIGRATION POLICY CHANGES CAUSED BY COVID-19:  WHAT TO KEEP AND
WHAT TO DISCARD ASAP

As the COVID-19 pandemic continues to spread across the world, life as we know it has been placed on pause and a strategy of “social distancing” has been employed to help combat the prevalence of the virus. Most of these changes are the natural result of following protocols recommended by the Centers for Disease Control and Prevention (CDC) and are short-term necessities. 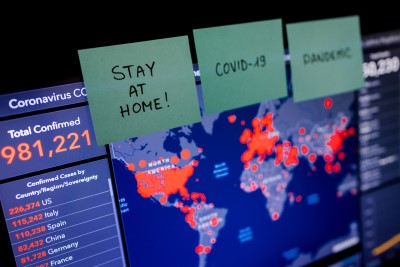 However, just because a change is necessary for the short-term, does not mean that it is free of harmful repercussions. In fact, some of the decisions being made could have long-term negative effects for our nation’s security. The federal government has recently scaled back immigration enforcement, and in some instances, outright halted deportations in order to limit exposure to the virus. Drastic changes like these must be reversed as soon as it is deemed safe to do so.

On the other hand, the vice-versa can be true as well. Some changes made as a result of COVID-19 probably should have been common practice for years now, such as increased travel restrictions from suspect nations, and suspending the importation of temporary foreign labor. In a number of circumstances, the COVID-19 crisis has led to increased border and economic security that the nation has desperately needed for decades. These are decisions that should be left in place, at least to some degree, even after life returns to normal.

In this report, we have identified three immigration-related policy changes due to COVID-19 that should be discontinued as soon as safely possible, and three changes that should probably have already been in place to some degree.

Measures That Should be Ended ASAP

U.S. Immigration and Customs Enforcement (ICE) officials told congressional staffers that, as a result of the pandemic, it is currently only focusing on arresting and deporting those illegal aliens who are considered a threat to public safety or are "subject to mandatory detention based on criminal grounds."[1]

Furthermore, the law enforcement agency says that they will not carry out enforcement operations at or near health care facilities “except in the most extraordinary circumstances.” They even went so far to encourage potential immigration violators to seek out health care if they felt it was needed and to not worry about the threat of arrest.

While it could be debated that these temporary changes may help protect American law enforcement officers, it also allows lawbreakers to continue living in the United States without fear. This not only means that it will be harder for law-abiding Americans who suddenly find themselves without work to find gainful employment, it also means that the fiscal burden of illegal immigration on American taxpayers will likely increase during a time when money is already tight.

In addition, scaling back immigration enforcement only serves to incentivize illegal immigration both now and during future crisis-level disasters. If the federal government will reduce its efforts to enforce federal immigration laws during a time of crisis, illegal aliens may take advantage of those opportunities to enter the country in potentially even larger numbers. This is not the signal the United States wants to deliver to foreign nationals. 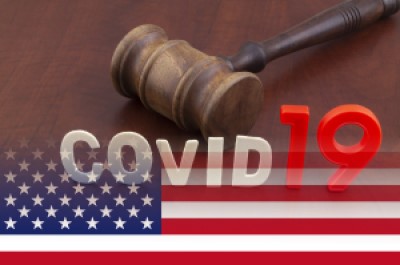 The Department of Justice’s (DOJ) Executive Office for Immigration Review (EOIR) has postponed “All non-detained hearings scheduled through May 1, 2020,” due to coronavirus concerns.[2] It’s possible that cases scheduled to be heard beyond May 1 will be postponed as well.

While some courts remain open, most are either closed, or open for “filings and detained hearings only.”[3] With the current backlog in the immigration courts over 1.1 million, it is absolutely crucial that immigration courts re-open as soon as reasonably possible.

Federal law enforcement already struggles with getting illegal aliens to show up to their court dates. As it is, nearly half of all illegal aliens fail to show up for their hearings.[4] Closing immigration courts allows even more time for illegal aliens to disappear into the country and hide from the law. And those who typically do show up as required will now more than likely wait years until they do get their day in court. Immigration courts are already overloaded, and this just makes the situation worse.

ICE is temporarily pausing deportation flights to areas with a high number of COVID-19 cases in order to protect the health of both detainees and ICE personnel.[5] In other areas, deportation flights are continuing, at least in a limited fashion. However, everyone is screened prior to the flights, and deportees with a temperature of 100.4 degrees or higher are referred to a medical provider so that they can receive testing and the top-notch medical care offered in the United States.

It makes sense to temporarily suspend some deportation flights to especially high-risk areas like China or Italy, or to at least practice extreme precautions. But without deportation flights, more and more illegal aliens will be released into the interior of the United States in order to curb overcrowding in detention centers. This will either present health hazards of their own, or else incentivize further illegal immigration.

It’s critically important that ICE work in cooperation with foreign governments so that deportation flights – and perhaps an increase in these flights to make up for lost time – can occur as soon as it is deemed safe.

Measures That Should be Kept Permanently or Utilized More Often

On March 23, the Department of Homeland Security announced that all hearings scheduled through at least April 22 (and almost certainly beyond that date) for those currently in Mexico under the Migration Protection Protocols (MPP) would be delayed, and that all applicants should return to their original port of entry to receive a “tear sheet and hearing notice containing their new hearing dates.”[6]

“DHS and EOIR are deeply committed to ensuring that individuals ‘have their day in court’ while also ensuring the health and safety of aliens, our frontline officers, immigration court professionals, and our citizens,” the release noted.[7]

As more and more prospective migrants and illegal aliens attempt to abuse the American asylum system as an avenue to bypass lawful means of immigration, courts are now overloaded with cases. The Trump administration responded by implementing the MPP which, in part, requires those migrants who are seeking entry into the United States “illegally or without proper documentation” to remain in Mexico until their cases can be heard. This includes those who are making asylum claims – so long as their claims do not include credible fear if they remain in Mexico.[8]

Considering that the vast number of asylum claims are made by illegal aliens who wish to gain entry into the United States by any means necessary, the MPP program helped spur a massive decrease in apprehensions by Customs and Border Protection (CBP) in recent months.

Allowing these migrants to enter the United States due to delays caused by the COVID-19 pandemic would have not only posed a health risk to both the migrants and U.S. citizens, but it would have placed even further undue stress on an already struggling economy. So, it makes sense to continue this policy into the future in order to deter illegal border crossings, thus ensuring that American citizens have ample opportunity to recover from the current pandemic-induced recession. Furthermore, with many immigration courts closed, it would make sense to prioritize important cases and deportation proceedings ahead of those in the MPP program once immigration courts re-open. 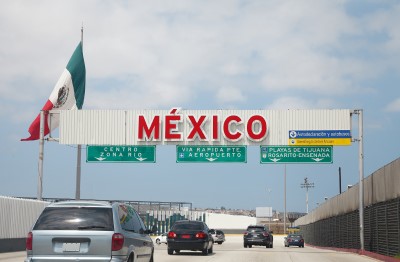 In March 2020, President Trump closed the United States/Mexico border to all “non-essential” travel. The restrictions do not include lawful trade and commerce.[9]

Despite many open-borders proponents and prominent Democrats in Congress initially calling travel restrictions implemented due to COVID-19 unnecessary and even “xenophobic,” this temporary travel restriction was actually implemented in coordination with the Mexican government.[10] In addition, the United States and Canada mutually agreed to close down the Northern Border to non-essential travel.[11]

As noted, previous immigration and travel restrictions implemented by the Trump administration were trashed as racist and xenophobic by many Democrats, much of the mainstream media, and the open-borders lobby. However, it seems that the COVID-19 pandemic has changed essentially everyone’s tune on the issue. In fact, an Ipsos poll released on March 17 showed that 62 percent of likely voters want to close America’s borders until “the virus is proven to be contained.”[12]

While everyone is looking forward to regaining the ability to travel once the severity of this pandemic subsides, it is important that we use this as an opportunity to acknowledge that there are still non-virus related travel risks present in the 21st century. In June 2018, the Supreme Court upheld the legality of President Trump’s efforts to temporarily restrict travel from seven nations that the Obama administration had labeled a “growing threat” to produce “terrorist fighters.”[13] Just as enacting travel bans from countries that pose a high risk of spreading diseases onto our shores makes sense, it’s also perfectly logical to restrict travel from nations that pose a high risk of sending terrorists into our country.

On March 20, United States Citizenship and Immigration Services (USCIS) announced “the immediate and temporary suspension of premium processing service for all Form I-129 and I-140 petitions until further notice due to Coronavirus 2019 (COVID-19).” This suspension includes all H-1B, H-2B, and many other “temporary worker” visas.[14]

With jobless claims spiking to never-before-seen numbers, continuing to import foreign labor would be a slap in the face to the millions of American citizens currently looking for work.[15]

However, even before the COVID-19 pandemic began, foreign-born workers were squeezing hundreds of thousands of Americans out of work. For example, FAIR found that nationwide, 25-30 percent of STEM jobs were being filled by foreign-born employees despite only one-third of native-born Americans with a STEM degree holding a job in their preferred field.[16]

Once the shutdowns caused by this coronavirus begin to subside, it is imperative that American citizens be prioritized in the job market. One of the best ways to ensure this happens is to continue the ban on temporary worker visas indefinitely.

Life in the United States will eventually return to a “new normal.” It is imperative that we uphold the integrity of this nation’s borders and security the best we can for when that day finally arrives.

Temporary changes to how we enforce our nation’s federal immigration laws during the COVID-19 pandemic may be necessary in some areas in order to protect our nation’s brave law enforcement officers, as well as those they encounter. However, it is critical that we do not allow this pandemic to become an avenue for the open-borders lobby to permanently dismantle critical immigration law enforcement measures.

Some experts project that unemployment could potentially reach 20 percent by the end of the coronavirus pandemic.[17] That means tens of millions of Americans could soon be looking for work. Once this pandemic comes to a close, most economists expect there to be a significant “hiring boom.” This should be seen as a golden opportunity to prioritize the hiring of American citizens. The last thing these American job seekers need to compete with is a surge of illegal aliens and temporary foreign laborers coming into the United States and impeding the recovery process because we neglected the security of our borders, and caved to the demands of the mass-migration lobby.

[1] Priscilla Alvarez, “13 changes to the US immigration system during the coronavirus pandemic,” CNN, March 20, 2020, https://www.cnn.com/2020/03/18/politics/immigration-changes-coronavirus/index.html.

[5] Priscilla Alvarez, “13 changes to the US immigration system during the coronavirus pandemic,” CNN, March 20, 2020, https://www.cnn.com/2020/03/18/politics/immigration-changes-coronavirus/index.html.

Kyle Blaine and Julia Horowitz, “How the Trump administration chose the 7 countries in the immigration executive order,” CNN, January 30, 2017, https://www.cnn.com/2017/01/29/politics/how-the-trump-administration-chose-the-7-countries/index.html.

[14] U.S. Citizenship and Immigration Services, “USCIS Announces Temporary Suspension of Premium Processing for All I-129 and I-140 Petitions Due to the Coronavirus Pandemic,” Accessed April 2020, https://www.uscis.gov/working-united-states/temporary-workers/uscis-announces-temporary-suspension-premium-processing-all-i-129-and-i-140-petitions-due-coronavirus-pandemic.