As predictably as the sun rising in the east, President Joe Biden’s numerous executive orders, pronouncements, and immigration policy shifts have resulted in a burgeoning border crisis. Border apprehension in January reached nearly 78,000 – more than double the number of apprehensions recorded during January 2020. And, though the data for February have not been tabulated yet, the numbers were trending up with Biden’s first full month in office on track to top 100,000 apprehensions.

The early days of the Biden administration provide a textbook example of how to create a migration crisis. Since taking office on January 20, the administration has:

Suspended enrollment in the Migrant Protection Protocols (MPPs). The MPPs, also known as the “Remain in Mexico” policy was one of two bilateral or multilateral agreements that stemmed the surge of fraudulent asylum claimants and resulted in the abatement of the 2019 border crisis. Under the MPPs, asylum claimants who entered the country illegally were returned to Mexico until an initial hearing on their claims could be held. The MPPs effectively removed the incentive for people to enter specious claims for asylum in the expectation that they would be released into the United States, pending a hearing that they were unlikely to show up for. 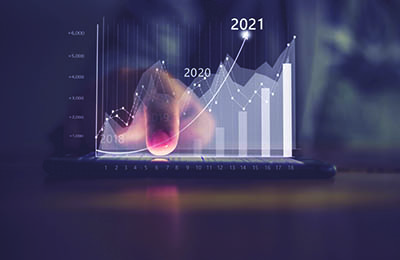 Withdrawn from ‘safe country’ agreements with Central American governments. The second effective program to stanch the flow of fraudulent asylum claimants were agreements with the governments of Honduras, El Salvador and Guatemala that required migrants to seek asylum in the first country they arrived in after leaving the country where they claimed to be persecuted. “The Biden administration believes there are more suitable ways to work with our partner governments to manage migration across the region,” said Secretary of State Anthony Blinken as he announced the immediate suspension of the agreements and their eventual termination. Notably, Blinken failed to say what those “more suitable ways” might be.

Rescinded the ‘Border Emergency’ declaration and terminated construction of border security fencing. On his first day in office, President Biden rescinded his predecessor’s border emergency declaration (just in time for his own new border emergency) that allowed the executive branch to act decisively to deal with migration crises. Additionally, the presidential proclamation also included an immediate halt to construction of the border wall that has effectively prevented mass illegal entries in places where it is already in place. The president also ordered a number of federal agencies to look into ways to “repurpose” funding that had been appropriated for construction of the border wall.

Ordered a review of civil immigration enforcement practices. In an executive order signed on his first day in office, President Biden reversed an order issued by President Trump in 2017 instructing the various agencies of the federal government to enforce U.S. immigration laws as enacted by Congress. The administration’s actions would likely eliminate most, if not all, worksite enforcement actions during a period of high unemployment. Biden’s executive

order is likely the first step in returning to Obamaera “catch-and-release” policies at the border and limit immigration enforcement in the interior of the country to a small number of violent criminals and terrorists.

Ended travel restrictions on citizens of countries known to harbor or support terrorism. President Biden repealed a 2017 executive order, upheld by the U.S. Supreme Court, that denied visas to people from a small number of countries known to sponsor terrorism, and which do not cooperate in providing necessary information about those applying for U.S. visas. In addition, the order directs the State Department to “swiftly propose remedies for harms caused by the bans, especially for individuals stuck in the waiver process and those who had immigrant visas denied.”

Reaffirmed his commitment to DACA. Even as a lawsuit challenging the constitutionality of the Deferred Action for Childhood Arrivals (DACA) is making its way through the courts, the president’s memorandum seeks to extend protection to so-called “Dreamers,” a much broader cohort of illegal aliens who entered the country as minors, but who never sought, or were otherwise not qualified for protection under DACA.

Attempted to suspend all removals for the first 100 days of his administration. Making good on a campaign promise, the new administration ordered a halt to all removals for the first hundred days of the Biden presidency, pending a “comprehensive review” of all immigration enforcement policies. The removal ban included criminal aliens and people who had pending orders of removal after exhausting all legal avenues to remain in the country. Thankfully, in response to a lawsuit brought by the state of Texas, a federal judge temporarily blocked this policy from going into effect.

This list of executive orders, policy changes and memoranda, does not include all the steps that the Biden administration has taken to undermine immigration enforcement.

Taken together – limits on enforcement and promises of mass amnesty – the resurgence of large-scale illegal immigration in the early days of the Biden administration was entirely predictable and is almost certain to grow in momentum in the coming months.