We live in an age of superlatives. Pretty much every time Congress acts, adjectives such as “biggest” or “most expensive” are applied. Therefore, it hardly came as a surprise when the Democratic controlled House of Representatives voted to include the biggest and most expensive illegal alien amnesty in their so-called Build Back Better (BBB) bill (H.R. 5376) – a $1.75 trillion social spending package that, according to Wharton Business School, will actually cost $4.25 trillion. The Congressional Budget Office (CBO), which looks at the fiscal impact of legislation during the first ten years after enactment, estimates that the immigration provisions of the bill would increase the federal deficit by about $115 billion. Longer term, as amnestied aliens qualify for a host of federal, state and local entitlements, the price tag could run into the trillions. 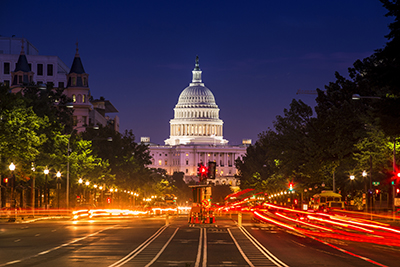 The “transformative” (a term used by President Biden and Democratic congressional leaders) BBB was narrowly approved by the House in a straight party line vote, 220-213, on Nov. 19, without the support of a single Republican member. Among the bill’s many costly provisions are several that would grant de facto amnesty to an estimated 7 million illegal aliens and increase the already high numbers of green cards being issued. Unlike other recent amnesty legislation, the BBB bill does not even make the pretense of future border or immigration enforcement, even amid a full blown border crisis.

Among the key immigration provisions of the BBB:

Expanded use of parole. The legislation requires the Secretary of Homeland Security the authority to allow an estimated 7 million illegal aliens to remain in the United States, under parole status. In the context of immigration, parole is a limited power afforded to the Executive Branch to allow otherwise unqualified aliens to enter or remain in the country on a case-by-case basis due to urgent humanitarian or significant public interests. Under the Section 60001 of the BBB, all illegal aliens who entered the country prior to January 1, 2011 would be granted parole, subject to minimal eligibility criteria. Disproving a claim that someone settled illegally more than 11 years ago would be a virtual impossibility. Additionally, it requires DHS to issue work authorization and advanced parole (permission to leave the U.S. and return without immigration consequences) to all aliens paroled under this section, removing officers’ discretionary authority to determine whether a paroled alien’s case merits such grants.

The bill allows parolees to remain in the country until September 30, 2031, although realistically, once quasi-legal presence is granted it will never be revoked In other words it is amnesty.

Expanded issuance of green cards. Having satisfied a key demand of their illegal alien advocacy constituency, congressional Democrats added some goodies for their big money Silicon Valley supporters. Section 60002 aims to recapture all “unused” immigration visas between 1992 and 2021. An estimated 222,000 such visas would go to reduce the prodigious backlog of family chain migration applicants, while 157,000 would be allocated to employment-based visas. The recaptured visas would primarily benefit countries that already dominate the flow of legal immigrants – particularly China and India. Moreover, because neither this, nor any other current legislation, aims to change our deeply flawed family chain migration policies, these added immigration visas would add to future backlogs as more relatives apply for immigration benefits based on kinship rather than merit.

Turning guestworkers into immigrants and expediting immigration benefits. Sec. 60005 of BBB also allows for a large-scale status adjustment for nonimmigrant guestworkers and their families in the United States to apply for green cards. Upon paying a fee, a person eligible for status adjustment receives a work permit even if visas are not available. This provision of the bill further reinforces the lie that guestworker programs are a mechanism to provide temporary foreign workers to address temporary labor market needs.

The bill also seeks to ensure that the anticipated influx of applications that would occur from the changes in this bill, including amnesty for illegal aliens, are processed quickly. H.R. 5376 appropriates (as opposed to merely authorizes) $2.8 billion to the U.S. Citizenship

and Immigration Services (USCIS) agency to ramp up operations and add personnel to make sure that immigration benefits are expedited. Not surprisingly, the bill includes exactly zero dollars for enhanced border security, immigration enforcement, or removal of anyone here illegally. The upfront appropriations also deviates from standard operating procedures for

USCIS, which is a user-funded agency that covers its operating costs from fees charged to people applying for immigration benefits.