The Biden administration’s disastrous border and immigration policies have almost surely killed any chance of pulling enough Senate Republicans to fulfill the president’s cherished goal of a sweeping illegal alien amnesty. Rather, it has forced them to move to Plan B: Amnesty in smaller pieces.

Reacting to the growing crisis at the border, Senate Majority Whip Dick Durbin (D-Ill.) has given up any hope of reconstituting the old gang (of eight) to pass a comprehensive amnesty bill. “I don’t see a means for reaching that. I want it. I think we are much more likely to deal with discrete elements,” he admitted in March.

By “discrete elements,” Durbin means breaking up a rancid full course dinner of amnesty for all illegal aliens into, what he hopes, is a more palatable smorgasbord of smaller amnesties. That effort began in the House on March 18, when as the House of Representatives approved two amnesty measures that would legalize an estimated 5 million illegal aliens. 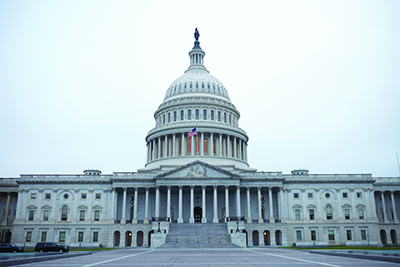 The first bill, The American Dream and Promise Act (H.R. 6), was approved by a 228-197 vote. The legislation places all illegal aliens who arrived in the United States as minors, Temporary Protected Status (TPS) recipients, and others on a pathway to citizenship in exchange for exactly zero substantive enforcement measures. Seven Republicans joined with a unified Democratic caucus in passing the measure. The scope of the amnesty goes well beyond legalization of the approximately 700,000 beneficiaries of the Deferred Action for Childhood Arrivals (DACA) program. Under the bill, an estimated 3 million people would qualify for amnesty – making it a larger amnesty than the one enacted in 1986.

In Orwellian language, the legislation fulfills promises that were never made to illegal aliens and the people who accepted our offer of temporary protection, while ignoring countless promises that actually were made to the American people. Those promises – made over many years by long-serving members of Congress like Durbin, Senate Majority Leader Chuck Schumer, and Joe Biden, when he was in the Senate – included secure borders, a system that would prevent illegal aliens from working in the U.S., and, of course, never repeating amnesty – have never been kept.

Unless Majority Leader Schumer breaks with Senate custom and scraps the long-standing Senate filibuster rule requiring 60 votes to bring a bill to the floor for final passage (as President Biden and others suggest he might), the amnesty legislation has little chance of passage in the Senate. However, the approval of such a measure by the House, amid a full-blown border crisis, is indicative of the Democratic Party’s position of open-borders, amnesty-only, stance on immigration.

The second bill is the equally mislabeled Farm Workforce Modernization Act (H.R. 1603), which grants amnesty to some 2 million illegal aliens (assuming there is not massive fraud) who have worked in agriculture. Owing to the enormous political clout of the agriculture lobby, H.R. 1603 sailed through the House by a 247-174 vote, as 30 Republicans joined with all but one Democratic House member in passing the bill.

Far from modernizing American agriculture, this amnesty bill meets the very definition of regressive. First, H.R. 1603 would actually codify a form of indentured servitude. In order to qualify for the amnesty, illegal aliens would have to commit to toiling in the fields (for poor wages) for between four and eight years before obtaining green cards. Second, it deters American farmers from making capital investments in machinery and technology that are necessary to keep our agricultural industry competitive in global markets.

H.R. 1603 does include a provision that would require agricultural employers to use E-Verify as part of the hiring process in the future, but based on past history, those provisions will either never come to fruition, or will never be enforced.

FAIR is working with allies in the Senate to ensure that these bills do not garner the 60 votes necessary to reach the floor of that chamber. Both of these bills include provisions that have been attractive to some congressional Republicans in the past. As we saw during the Gang of Eight fight in 2013 and 2014, some Republicans believe they must appear to be compassionate toward illegal aliens who arrived as minors (even though they know it would touch off an even larger wave of people bringing children to the country illegally), and agriculture represents a powerful interest group in almost every state.

However, given other circumstances – the Biden administration’s dangerous policies that have touched off a border crisis, and the ongoing struggles to deal with the COVID crisis – it will be much harder for pro-amnesty Senate Republicans to support amnesty measures for an estimated 5 million illegal aliens that do not even make the pretense of halting future illegal immigration.