Even before formally assuming office, Vice President Kamala Harris indicated that high on the list of the new administration’s priorities would be a sweeping illegal alien amnesty bill. In an interview with Univision a week before Inauguration Day, Harris hinted that the administration-backed bill could include immediate green cards for Deferred Action for Childhood Arrivals (DACA) beneficiaries and those with Temporary Protected Status (TPS). 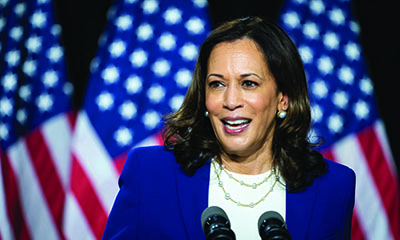 Amnesty for just about every other illegal alien in the country would also be part of the legislation that the Biden administration will be pushing. Additionally, the timespan for illegal aliens who would receive amnesty under the administration’s plan would be dramatically shortened from previous amnesty proposals. The failed 2013 Gang of Eight legislation would have put amnestied aliens on a 13-year track to full citizenship. Vice President Harris suggested that that process could be reduced to eight years. “It’s a smarter and much more humane way of approaching immigration,” she asserted.

The vice president also suggested that the new administration would “pack” the immigration courts with new judges, clearly with the intent of placing people who share the administration’s mass immigration and anti-enforcement philosophy. While the Department of Justice is adding new immigration judges, President Biden’s pick to head the Department of Homeland Security, Alejandro Mayorkas, would bring the same philosophy to that agency. During his time heading U.S. Citizenship and Immigration Services in the Obama administration, Mayorkas issued a “get to yes” edict to agency personnel, instructing them to ignore evidence of fraud when people were applying for immigration benefits.

During her interview, Harris made no indication of whether the bill the administration is proposing would include new enforcement provisions. Previous amnesty bills – two that were considered by Congress during the George W. Bush administration and the Gang of Eight under President Obama – at least paid lip service to the need to step-up enforcement to prevent future waves of illegal immigration. The enforcement promises were likely empty ones – a prime reason why all of those bills failed – but Democrats back then at least felt the need to assure the American public that enforcement was a concern. Given the positions taken by President Biden during his campaign, and Democratic congressional leaders, it is unlikely that immigration enforcement will be part of the bill.

The vice president did not indicate if legal immigration would be part of the legislation the administration envisions. Again, based on positions the president and congressional Democrats have taken, legal immigration “reform” would probably entail significant increases in family- and employment-based green cards. 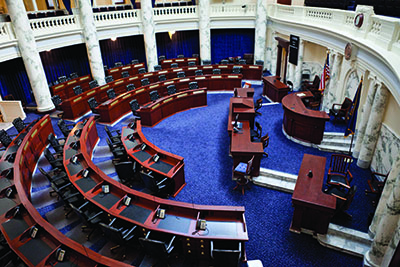 Even with control of both houses of Congress, enacting the sort of immigration legislation Vice President Harris hinted at would not be easy. Aside from other pressing national issues on the agenda, such as dealing with COVID and unemployment, any legislation would need to garner 60 votes in the Senate (unless Majority Leader Chuck Schumer changes existing Senate rules to allow bills to reach the floor with just a simple majority vote).

FAIR will also be working with allies in Congress to oppose any amnesty legislation, and will use media and social media to keep the American public informed about the damage that would be inflicted by the sort of legislation that the vice president previewed. We urge FAIR members to sign up for legislative alert at our website, www.fairus.org, so that you can make your voices heard when such legislation is introduced.