Faced with a new administration that is openly hostile to all manner of immigration enforcement, Morgan’s experience, expertise and stature will be invaluable in FAIR’s effort to counter the reckless policies and legislation that are already emerging. Having served in high level immigration enforcement positions in both Republican and Democratic administrations, Morgan’s voice carries significant weight with members of both parties and the media. 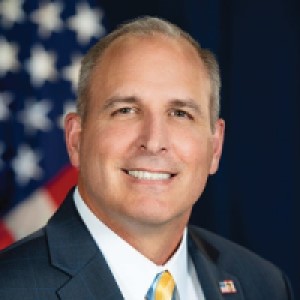 In his role of Senior Fellow, Morgan will analyze the impact of Biden administration efforts to curtail or abolish border and interior immigration enforcement, and their effects on the security and well-being of the American people. His expertise will also be critical to building public opposition to legislative efforts to grant mass amnesty to illegal aliens and dramatically increase overall immigration.

“I’m honored to serve as a senior fellow with FAIR, which is dedicated to engaging in meaningful dialogue to influence, formulate and promote responsible immigration policies for the 21st Century and beyond. I am delighted to be part of the effort to seek out solutions to mitigate the tremendous burden and negative impact of uncontrolled immigration on our country’s national security and economic prosperity,” Morgan said. And FAIR is honored to have him on board.