The current humanitarian, national security and health catastrophe playing out on our southern border is a crisis, notwithstanding the Biden administration’s efforts to portray it as a manageable “situation.” It is not a normal seasonal uptick in illegal immigration, as the president and his handlers continue to assert. It is a self-induced crisis, created by the president’s policies and words, enabled by members of Congress (mostly from his own party), and largely ignored by the national media.

In response, FAIR launched a nationwide ad campaign aimed at educating the American public about the genesis of the illegal immigration crisis: calculated decisions on the part of the Biden administration to open the border, scrap multilateral agreements with Mexico and Central American governments, effectively end all interior immigration enforcement, grant new benefits to illegal aliens, and promote sweeping amnesties. But Joe Biden could not have done this on his own. He is being aided by the acquiescence of countless members of Congress who either support his policies, or have remained silent in the face of a growing crisis. 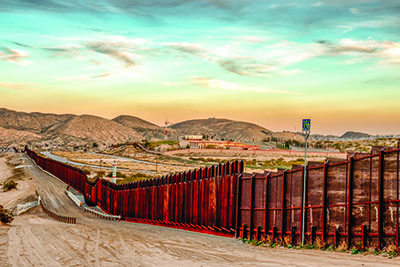 The ads are running in 20 markets across the United States and are intended to fill in the gaping information gaps left by major “news” media outlets which are ideologically on-board with the president’s open borders and mass amnesties policies. The markets include key swing districts in which current members of Congress either support the policies responsible for the immigration crisis, or who have failed to speak out publicly against those policies.

The ad campaign is made possible by our members and supporters around the country who donate to FAIR. While FAIR does not have the financial support of billionaires like Mark Zuckerberg, who is backing a pro-amnesty ad campaign by the Silicon Valley-based group FWD.us, FAIR has been able to use targeted ad campaigns with great effectiveness in the past.

To view a sample of the ads your support has made possible, please go to FAIR’s YouTube channel, https://www.youtube.com/user/fairfederation . In addition to the latest ad campaign, FAIR’s YouTube channel includes many informational videos about all aspects of U.S. immigration policy, as well as archived appearances by FAIR spokespeople on TV news programs.