Between mid-March and mid-April, some 2.7 million Californians filed first-time claims for unemployment benefits, as the COVID-19 crisis wreaked havoc on the state’s economy. In the face of the greatest health and economic emergency in living memory, California politicians responded as they always do: They found money (that the state clearly does not have right now) to provide relief to illegal aliens. 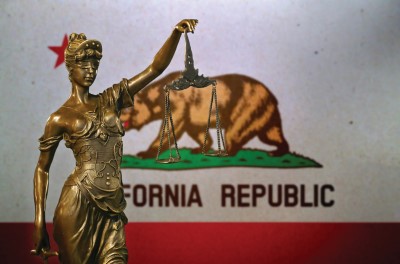 As state and local officials were scrambling to keep California’s economy afloat, Gov. Gavin Newsom announced a new Disaster Relief Assistance fund specifically dedicated to providing cash assistance to illegal aliens affected by the crisis. The state set aside $75 million to disburse checks to some 150,000 illegal aliens. An additional $50 million from private foundations and donors will augment the fund. Individual illegal aliens are eligible for payments of $500, while households may be eligible for $1,000.

The California illegal alien assistance program was set up in response to complaints from illegal aliens and the network of groups that advocate on their behalf. The bipartisan $2.2 trillion federal CARES Act, enacted in late March, explicitly barred illegal aliens from claiming stimulus checks. That decision was based on the sound logic that even that enormous sum is insufficient to offset the economic damage to the American economy and American workers as a result of the COVID-19 crisis. Moreover, the country is under no obligation to compensate illegal aliens who lost jobs that they were statutorily barred from holding in the first place.

But the moral imperative to prioritize those who are most deserving of assistance did not seem to register with Gov. Newsom or many other state officials. “This is a state that always steps up to support those in need regardless of status,” Newsom announced. “Every Californian, including our undocumented neighbors and friends, should know that California is here to support them during this crisis.”

Illegal aliens living in the city of Los Angeles are eligible for an additional $1,500 of public largesse. Mayor Eric Garcetti announced that the city would be issuing prepaid debit cards in the amounts of $700, $1,100, or $1,500 (depending on the size of the household) to families in need. The mayor made it clear that illegal aliens were welcome to partake. “Applicants will not be asked anything about their immigration status. We are all Angelenos,” he declared. Other states take other stances on assistance to illegal aliens.

Assistance to illegal aliens was not limited to California. In Chicago, Mayor Lori Lightfoot signed an executive order declaring illegal aliens eligible for all benefits provided by the city to people affected by the economic upheaval. Alderman George Cardenas went so far as to describe illegal aliens as “the heart and soul of the service economy.”

Bucking this trend, New York, which in recent years has bent over backwards to accommodate and reward illegal aliens, demonstrated a refreshing ray of common sense. The state has been the epicenter of the COVID-19 outbreak in the United States, and Gov. Andrew Cuomo has generally received high marks for his handling of the crisis.

Exercising common sense and prudence, Gov. Cuomo, faced with a projected state budget shortfall of between $10 billion and $15 billion, asserted that New York could not responsibly provide relief to illegal aliens when so many other New Yorkers are suffering the health and economic effects of the crisis. “When you’re broke, it would be irresponsible to do these things,” Cuomo said, although he also asserted that the federal government ought to be doing more to assist illegal aliens.

Not so, New York City Mayor Bill DeBlasio. In the Big Apple, illegal aliens would be eligible for emergency cash — up to $1,000 for families with kids – from the Immigrant Emergency Relief program, funded by George Soros’ Open Society Foundations.