U.S. Customs and Border Protection (CBP) apprehended nearly 179,000 people entering the United States illegally in April. That figure represents an astounding increase of more than 1,000 percent over April 2020 border apprehensions – hardly a “seasonal uptick,” as claimed by the Biden administration. Apprehensions in April were the highest for any month since 2000.

According to CBP, 62.5 percent of those apprehended were expelled from the country under Title 42, which allows for the expedited removal of people who pose a potential health threat to the nation. Title 42, which was adopted in 1944, was invoked by the Trump administration to remove people entering illegally during the COVID pandemic. (The Biden administration indicated in May that it is planning to cancel Title 42 removals in the near future.) The 62.5 removal rate means that some 68,000 migrants were allowed to enter the country in April. 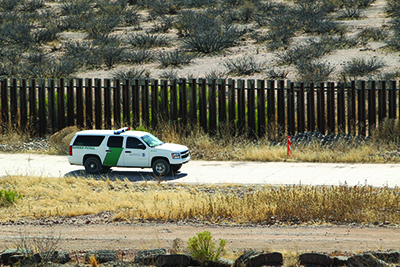 The April apprehension figures saw a slight decrease in the number of unaccompanied children – 17,200 – and 50,000 family units, which include at least one parent and accompanying minor children. These slight declines were offset by significant increases in single adults, primarily working age men in search of jobs in the U.S. About 110,000 such migrants were apprehended in April by CBP.

The apprehension figures, however, only tell part of the story. The other part – those that got away or successfully entered without detection – is much harder to quantify. However, given the volume of illegal immigration along the southern border and the manpower resources that are tied up with processing migrants who are apprehended and caring for unaccompanied children, those numbers are certainly significant. In addition, the criminal cartels that smuggle aliens into the United States often use the most vulnerable migrants as decoys – deliberately placing them in dangerous situations that force border enforcement officers to rescue children, while the rest of their human cargo escapes.

FAIR, along with a growing number of critics of the Biden Border Crisis, is calling upon the administration to take necessary steps to rein in illegal immigration. This is necessary to protect both the interests and security of both the American people and the migrants who are routinely endangered by the criminal cartels that are estimated to be reaping a $14 million-a-day windfall from their human smuggling operations.

FAIR has called for the reinstatement of successful programs like the Migrant Protection Protocols (MPP), which returned migrants to Mexico while they awaited an initial hearing on their claims for political asylum. The MPPs effectively removed incentives for migrants to file fraudulent asylum claims. FAIR is also urging the Biden administration to restore effective agreements with the governments of Central American countries that prevented large numbers of migrants from heading north. Additionally, FAIR is calling on the administration to resume construction on the border wall, including sections of unbuilt barriers that have already been paid for by American taxpayers.

These and other policies abandoned by the Biden administration have already proved effective at controlling the border and mass illegal immigration and need to be restored at once.