On October 6, the Department of Homeland Security (DHS) and the Department of Labor (DOL) unveiled two new interim final rules targeting the H-1B guestworker program. FAIR has long called for a complete overhaul of this deeply-flawed program and suggested these and other changes in the Immigration Reform Blueprint for the American Worker.

The purpose of the DHS rule is to close a number of well-known loopholes in the H-1B program. It establishes with greater clarity the definition of a “specialty worker” in the context of H-1B hiring, ensuring that only those essential to the U.S. economy will be able to come to the US under the program. The new DHS rule will affect about one-third of all H-1B petitions, according to senior department officials. The rule also addresses offsite employers, commonly referred to as body shops or shadow employers, who use the H-1B program to staff third-party worksites. Finally, the rule makes it easier for DHS to conduct greater worksite enforcement and removes authorization from employers unwilling to cooperate with investigators. 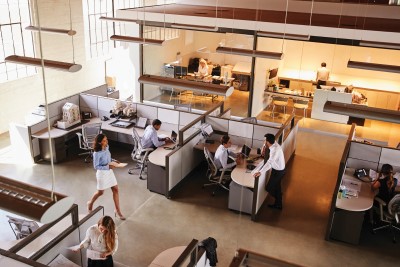 The DOL rule specifically targets the prevailing wage levels, which the agency uses when certifying applications. In the past, the prevailing wage levels were far too low, meaning that employers could hire H-1B workers instead of Americans and save significant amounts of money. The DOL rule will raise the cost of hiring an H-1B worker, significantly reducing the incentive to use the program as a replacement for Americans.

Among the key pro-American worker reforms that will go into effect as a result of these rule changes:

Given what is likely to be a protracted period of high unemployment resulting from the COVID-19 crisis, reversing these rules will be difficult to justify no matter who is in office in 2021. Even an administration that generally supports large-scale immigration will find it difficult to justify reinstituting rules that allow American employers to bypass, or even replace, U.S. workers in favor of lower-wage guestworkers.