As this issue of the FAIR newsletter goes to print, we do not know the outcome of the 2020 election – who will be in the White House for the next four years, nor which party will control Congress for the next two years. What we do know for certain is that regardless of who is in office, our immigration policies remain a mess and in dire need of an overhaul. The longstanding problems with our immigration policies are only exacerbated by the COVID-19 crisis, which appears not to be going away anytime soon. 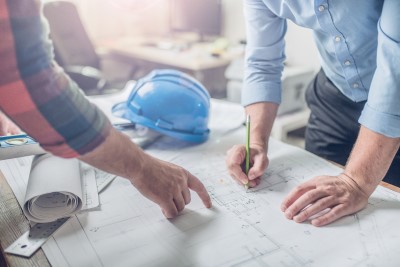 In response to events and with an eye toward the future, FAIR has drawn up a comprehensive plan for how immigration policies can be reformed in the interest of the American people no matter who is in office.

FAIR’s Immigration Reform Blueprint for the American Worker, released in October, provides a detailed plan for policy changes that advance the interests of American workers during our current economic and employment crisis, and beyond.

FAIR’s plan looks at three key areas of immigration policy that directly affect the welfare of American workers, and offers recommendations for how government action can help them get ahead:

Preventing millions of illegal aliens from claiming U.S. jobs begins with E-Verify. E-Verify is an electronically-based system that allows employers to authenticate the legal work eligibility of prospective applicants, the same way a merchant verifies a credit card purchase. First created by Congress in 1996, the optional program has a 99.7 percent accuracy rate, is free, and usually takes less than five seconds to complete.

The problem is that the use of E-Verify is not mandated by federal law – although it is required by some state and local laws with great effectiveness. Requiring that all businesses use E-Verify would end the supply of jobs filled by those who illegally cross our borders or overstay their visas in the hope of taking a job. Legislation in both the House and Senate was introduced in the 116th Congress that would have mandated universal use of E-Verify, but those bills stalled due to pressure from cheap labor interests and illegal alien advocacy groups. In light of the employment crisis resulting from the lingering COVID pandemic, the 117th Congress must make passage of similar legislation a priority in 2021.

For decades, massive flows of legal immigration disrupted what used to be a healthy balance between our nation’s supply of labor and the availability of jobs. This has resulted in periods of high unemployment and a long-term, downward spiral of wages. In 2018, the United States granted around 1.1 million individuals lawful permanent resident status, nearly enough people to populate a major city the size of Dallas.

The Reforming American Immigration for a Strong Economy (RAISE) Act, which was introduced in the 115th and 116th Congresses, would replace our current outdated, dysfunctional, and unfair immigration system with one that serves American workers. The RAISE Act reduces overall levels of immigration and admits immigrants who have the education and skills to succeed in 21st century America.

Specifically, the bill ends chain migration by limiting family-based green card eligibility for the spouses and minor children of U.S. citizens and legal permanent residents. This reform alone will drastically reduce the flow of legal immigration into the United States from 1.1 million new legal permanent residents to 540,000 per year within a decade. Similar to the 1997 Bipartisan Jordan Commission’s recommendations, the RAISE Act also ends the visa lottery.

Passage of the RAISE Act should be a priority for the 117th Congress as the nation continues to grapple with the effect of the COVID crisis.

The H-1B program was established in 1990 as a means for American businesses to bring people with unique skills and talents to work temporarily in this country. It has strayed far from its original intent. It has ballooned into a massive program that brings in foreign workers with skills that closely match those of U.S. workers, often replacing them, and is frequently seen by the “guest” workers as a stepping stone to permanent immigration. It has also turned into a cash cow for foreign-based labor contractors who snap up available visas and subcontract the workers to U.S. employers.

The widespread abuse of the H-1B program has created an adverse effect on the opportunities and wages of skilled American workers competing against lower-paid H-1B aliens. Research from the Economic Policy Institute finds that employers frequently pay H-1B workers significantly less than Americans performing the same roles.

Policies adopted by the Trump administration in response to the COVID crisis have addressed many of the abuses of the H-1B program. These include giving preference to the most qualified H-1B applicants instead of awarding visas by lottery; imposing more realistic “prevailing wage” standards to prevent employers from using H-1B workers to undermine the wages of their American counterparts; reducing the number of guest workers admitted during a time of economic crisis and; barring employers found to be abusing the program from participation.

These pro-American worker policies should be continued in 2021 and should be cemented in place through legislative reforms enacted by Congress to prevent the program from being abused in the future.

The H-2B supposedly works as a seasonal program, typically for jobs at hotels, resorts or seasonal seafood processing although the majority of workers are landscapers working on job sites in Texas and Florida – where landscaping is not a seasonal industry. Instead of hiring full-time Americans to work in these roles, employers routinely abuse the H-2B program to save money. Employers frequently hire H-2B workers at wages significantly lower than Americans in the same fields.

To rectify these abuses, FAIR’s blueprint recommends imposing a more realistic prevailing wage standard; disqualifying business that are not truly seasonal from eligibility; raising fees for employers to discourage frivolous use of the H-2B workers; setting firm limits on the number of H-2A visas available and; prosecuting employers who mistreat guest workers.

The reforms recommended in FAIR’s blueprint should enjoy bipartisan support, particularly at a time of high unemployment and economic uncertainty, but even when COVID is finally tamed. Regardless of which party is in charge in 2021 and beyond, protecting the interests of American workers should be at the top of their list of priorities.