A three-judge panel of the Fourth Circuit Court of Appeals reversed a nationwide injunction barring the Trump administration from implementing a rule that would bar immigrants who are likely to become public charges from entering the country. The rule promulgated by the Trump administration would replace a very narrow definition of what it means to be a public charge adopted by the Clinton administration and replace it with a more realistic one that includes the use of many costly public benefit programs.

The rule has been challenged in many jurisdictions around the country. The Fourth Circuit ruling, issued in August, comes in response to a lawsuit brought by the mass immigration and illegal alien advocacy group CASA de Maryland. An Obama-appointed Federal District Court Judge issued an injunction halting implementation of the administration’s rule change, but the Richmond, Virginia-based Fourth Circuit vacated that injunction.

Writing for the majority in a 2-1 decision, Judge J. Harvie Wilkinson III, a Reagan appointee, noted that although the meaning of a “public charge” has never been precisely defined by Congress, the authority of the Department of Homeland Security to make reasonable determinations about who is considered a public charge is clear. The Immigration and Nationality Act, “expressly entrusts the decision of who is a public charge to the Department of Homeland Security Secretary,” Wilkinson wrote.

The Fourth Circuit also asserted that CASA de Maryland – a radical group that has received funding in the past from the late Venezuelan dictator Hugo Chavez – lacked legal standing to bring the lawsuit and should never have been considered by the lower court. The lower court judge, Paul Grimm, an Obama appointee, accepted CASA de Maryland’s claim of injury as a result of the rule change, agreeing that the group was forced “to divert resources that otherwise would have been expended to improve the lives of its members.” 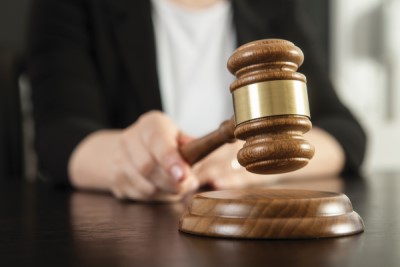 The Fourth Circuit flatly rejected that claim of injury. “Quite simply, nothing in the [public charge] rule impairs CASA’s ability to provide counseling, referral, or other services to immigrants,” Wilkinson opined. He further noted that “untold numbers of organizations regularly voice dissatisfaction with public laws and actions that may affect their ordering of priorities in some way.”

The Fourth Circuit ruling is an important victory for American taxpayers who are burdened with providing benefits and services to immigrants who are supposed to be self-sufficient. However, that ruling will not be the final word. In September, the New York-based Second Circuit Court of Appeals upheld a lower court injunction barring implementation of the public charge rule. In that case the lower court accepted the plaintiffs’ argument that the rule would deter immigrants from seeking help during the COVID-19 crisis, even though the Trump administration has explicitly stated that use of such benefits would not constitute grounds for a public charge exclusion. The injunction upheld by the Second Circuit applies only in New York, Connecticut and Vermont, not nationwide. Earlier, the Seventh Circuit barred implementation in Illinois.

Yet another case in the Ninth Circuit is making its way through the judicial process. In September, the Ninth Circuit heard arguments in the administration’s appeal of an injunctions issued by federal judges in California and Washington state.

If President Trump is re-elected in November, these cases will likely wind up in the U.S. Supreme Court. Also depending on the outcome of the election and the make-up of the next Congress, efforts could be made to reform the legal immigration process to select a much greater share of immigrants based on individual merit, including education and jobs skill. Under legislation such as the RAISE Act, which FAIR strongly supports, far fewer immigrants are likely to be dependent on government programs and assistance. If Joe Biden is elected, it is almost certain that he will abandon efforts to strengthen the public charge rules, leaving in place the very narrow definition adopted by the Clinton administration.