California’s statewide sanctuary law, known as SB 54, has been responsible for the release of thousands of deportable criminals back onto the streets and to innumerable additional crimes and victims. But even SB 54 includes some exceptions that permit police and sheriffs’ departments to cooperate with ICE when the individual in question has a record that includes violent felonies. Apparently even this level of cooperation with ICE, however, is too much for Los Angeles County’s new Sheriff Alex Villanueva. Reversing the stance taken by his predecessor, Sheriff Villanueva stopped honoring ICE requests in April, even when the exceptions spelled out in SB 54 allowed for it, and in August, he announced that this noncooperation policy would be permanent. In order for the L.A County to turn over a deportable criminal alien, ICE will need a judicial warrant (that don’t exist under federal law). The sad irony of sheriff’s display of contempt for federal law enforcement was reflected in the cold-blooded attempt on the lives of two of his own deputies a few weeks later, as an assailant opened fire on two deputies seated in a squad car, while a mob later chanted, “We hope they did.” Thankfully, the two officers are expected to recover.

Should illegal aliens be allowed to become cops? Two Republican lawmakers in Wisconsin think it would be a good idea. Representatives Dave Steffen (Green Bay) and John Macco (Ledgeview) are seeking to change a Wisconsin law to allow illegal aliens that have been granted Deferred Action for Childhood Arrivals (DACA) to become police officers. As former President Obama stated when he created the program, DACA beneficiaries are still illegal aliens. If Steffen and Macco’s proposal were to become law, it would create the ironic situation in which those on the front lines of enforcing laws are themselves lawbreakers. 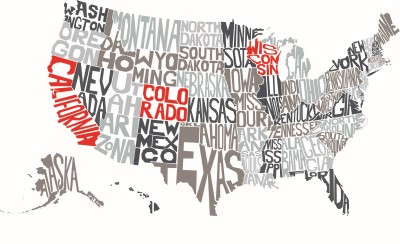 A Colorado lawmaker, Rep. Adrienne Benavidez (D-Adams County), thinks it would be a good idea to have state taxpayers foot the bill for legal representation for illegal aliens fighting to remain in the country. Rep. Benavidez has endorsed a proposal being promoted by illegal alien advocacy groups in Colorado that taxpayer money be used to create a legal defense fund to provide attorneys to illegal aliens in the deportation process. Unlike criminal law, in which all defendants have a right to a public defender, immigration proceedings are a civil matter, much like taxpayers facing liens by the IRS. Other jurisdictions (mostly local governments) have set up similar defense funds for illegal aliens. New York State, which has been subsidizing legal representation for illegal aliens, recently quit contributing to the fund because the state is broke. In addition to the support of Rep. Benavidez, the Colorado advocates have met with Gov. Jared Polis (D). Gov. Polis has not yet announced his position on the matter.