Perpetuating the state leadership’s never-ending quest to prove that rewarding bad behavior results in more of it, a number of sheriffs around California have taken it upon themselves to go beyond the state’s already stringent sanctuary policies that protect criminal aliens. While the rest of the nation was aghast at the rash of organized smash-and-grab looting incidents targeting high end California retailers, sheriffs in the Bay Area, as well as in Los Angeles, declared they would cease honoring Immigration and Customs Enforcement (ICE) detainer requests, even in circumstances when California’s SB 54 statewide sanctuary law allows their use. San Mateo County Sheriff Carlos Bolanos announced that his department would no longer honor detainers for anyone in his jail “without a judicial warrant,” even though no such warrant actually exists under federal law. Several hundred miles to the south, the Los Angeles County Board of Supervisors made permanent a temporary ban that Sheriff Alex Villanueva instituted barring his department from honoring ICE detainer requests that are permissible under SB 54. These actions, along with ones that have decriminalized retail theft, have truly made California the Gold State…for criminals, foreign and domestic. 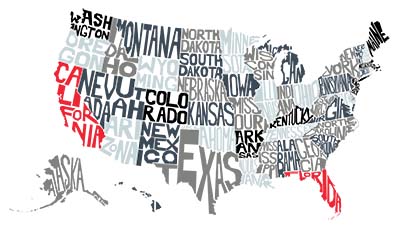 As a result of a 2014 bill signed into law by then-Governor Rick Scott that permits in-state college tuition benefits to illegal aliens, Floridians are currently on the hook for $45 million a year in subsidies to illegal aliens attending public institutions of higher education. That may all come to an end in the new session of the Florida Legislature. Before the 2022 session even began, State Rep. Anthony Sabatini pre-filed legislation (H.B. 6055) that would repeal this costly benefit for illegal aliens, as well as one that results in the loss of coveted seats at public universities for legal U.S. residents. No companion Senate bill has yet been filed. Gov. Ron DeSantis (who is up for re-election in 2022) has not yet indicated if he would sign such a bill if it reaches his desk, but given his strong public opposition to illegal immigration it is likely he would.